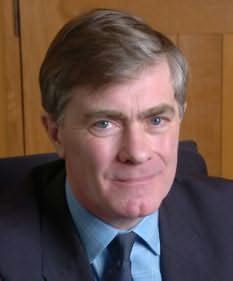 About Patrick Mercer
Born in 1956, Patrick Mercer read History at Oxford University before joining the Army. He commanded his battalion in Bosnia and Canada. Previously receiving a gallantry commendation, he was awarded the OBE in 1997. In 1999, Patrick Mercer accepted a post as the Defence Reporter for the Today Programme. In the 2001 election, he won the Tory seat in Newark. A respected historian, he has already published a non-fiction account of the Inkerman battle during the Crimean War.

In this masterly follow-up to Patrick Mercer’s best-selling ‘Dr Watson’s War’, the back pages have become front-page news.

The British boxing champion Ezekial Shaw has been knifed to death. Yet the world’s greatest consulting detective, Sherlock Holmes, seems indifferent towards the case.

Doctor Watson is intrigued, however, and starts an investigation of his own.

But his line of questioning soon causes him to cross paths with a certain Colonel Moriarty.

And it leads him into an affair with a possible suspect – Amelia, the sensual and seductive wife of Ezekial Shaw.

Yet as he gets closer to the mysterious truth, the boxing underworld stands in his way. And to keep the truth hidden, plans are made to murder the investigator.

Before the case is solved, Watson will have to fight his way out of tighter corner than any he ever found himself in with Holmes.

This is Watson as you have never seen him before. He is daring, dogged and damnably attractive to the fair sex! This gripping novella combines action, humour, mystery – along with a love and knowledge of the original Conan Doyle stories.

Patrick Mercer in this second Watson Novella brings Dr Watson out of the Shadows, where the previous one was a tale of his career in the army, Doctors Watson’s Bout shows that the sidekick of the greatest detective of all time can pull his own weight in solving a crime. The fact that he solves the crime in an endearing slightly bumbling way makes for a more realistic likeable character. He has his own sidekick in Bowler, who carries through from Dr Watson’s War, he reminds me very much of 352 Jenkins from John Wilcox’s series. With every novella we see a little more of the life that shaped the Dr Watson we know in the historic tales, Patrick Mercer is clearly building a nice back story for the animosity of Moriarty by introducing a relative of the infamous Prof Moriarty as a nemesis for Dr Watson, all of this creating a well-rounded well told highly engaging tale and a total bargain at £1.99.