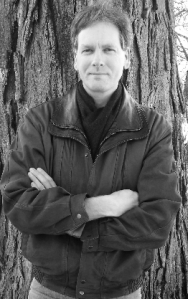 David Gibbins has worked in underwater archaeology all his professional life. After taking a PhD from Cambridge University he taught archaeology in Britain and abroad, and is a world authority on ancient shipwrecks and sunken cities. He has led numerous expeditions to investigate underwater sites in the Mediterranean and around the world. He currently divides his time between fieldwork, England and Canada. 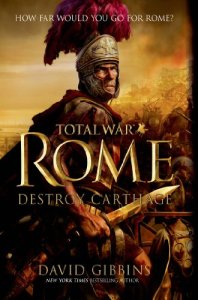 How far would you go for Rome? Carthage, 146 BC. This is the story of Fabius Petronius Secundus – Roman legionary and centurion – and his rise to power: from his first battle against the Macedonians, that seals the fate of Alexander the Great’s Empire, to total war in North Africa and the Seige of Carthage. Fabius’ success brings him admiration and respect, but also attracts greed and jealousy – the closest allies can become the bitterest of enemies. And then there is Julia, of the Caesar family – a dark horse in love with both Fabius and his rival Paullus – who causes a vicious feud. Ultimately for Fabius, it will come down to one question: how much is he prepared to sacrifice for his vision of Rome? Based on Total War: Rome II, the bestselling game, Destroy Carthage is the first in an epic series of novels. It is not only the tale of one man’s fate, but is also a journey to the core of Roman times, through the world of extraordinary military tactics and political intrigue that Rome’s warriors and citizens used to cheat death.

I have found this a tough book to review, i have been searching for what i hope is the best comparison to describe it. (not sure I cracked it but here goes)

The book right from page one suffers from and gains from its link to the video game (are they still called that… damn I’m showing my age) I loved the first Rome Total War, but it sucked time like a black hole. It and the Intro to the book gave the book a bit of a Manual feel. Then there is the style of the book, it instructs the reader, it gives a depth of background to Rome at the time that you dont find in many Roman fiction titles, the army, the politics and how they all fit together, all like a lesson plan, or a game world build.

All that may have you screaming…NOOOO don’t buy it… But that’s because i haven’t tempered it with..

David Gibbins is an excellent writer, i think he may have to blend his normal thriller style with the historical fiction writing to really lift the series to the next level. But what he does provide in this book is an insight into a period of Rome that few have covered, and a look at the political machinations of the Roman senate and upper echelons or power, and how the powers that be, may have finally ended up in front of the walls of Carthage. David does start to bring out his ability with characters creation, but i think some of that growth was hindered by the semi instructional style of the book.

I really want to see how this series progresses and grows. Here is a book I enjoyed and that taught me something, its not often I feel as if I have been educated throughout a book and entertained at the same time.

I really think you should try this book and stick with it to the end, If you’re a gamer you will love the information it gives on the different empires and the different army units and how to use them in battle. If you are a reader of fiction, then you will enjoy coming at a story from a different angle. I’m very interested to see how book two pans out. I’d love to see some comments on others views of this book.

But basically go buy the book.