Episodic Books (a bit of a brain dump)

There has been something going around and around my head for the last few months with regards to books, publishing and the future of books.

Modern society seems to have a demand for vastly increased speed that far outstrips standard publication, a demand that is hard to keep up with especially when you think in terms of the average of 1 book per year from most authors.

If you ask most book lovers, they want and need the feel of a hardback book, and that tangible connection to the author, one that they can get signed, they can keep on a shelf and go back to again and again when it’s an author they love, this is the oil that keeps the publishing machine going. Now we also have a new audience that desire eBooks, they want cheap, they want faster. They don’t feel the need for that tangible connection to the author, for them the transient nature of the eReader gives them what they need.

In 2001 Kiefer Sutherland made the move from high paid film actor to TV actor, why? When interviewed he saw the writing on the wall, the number of companies making new films per year had reduced dramatically, this meant that the number of opportunities to lead a film would also reduce dramatically. So he switched medium to TV, and with the birth of the hit series 24 came the birth of something totally new, highly addictive episodic TV that left you wanting, demanding the next episode. The DVD release phase of this led to the new phrase “box set binging”. 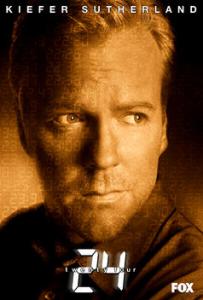 Box Set binging, is something that highly appeals to the time starved modern person, and is something that from its inception with 24, then lost and many other series has grown into a new medium of consuming TV.

Netflix, Lovefilm, amazonPrime, all allow you to download entire series in one go and watch back to back, no adverts and no waiting for the next week’s episode. So popular is this new medium that these companies have branched out into commissioning these programs and releasing them as entire box sets before they even hit the TV and get slowly spun out week after week by the normal TV channels.

So how can this medium be shifted to the literary world? Serials! A series written in the author’s world against side characters or new characters just set in a similar or different time period location, explore more of the writer’s world. Many published authors have a key series with their publisher, the one that they are known for, the one that the readers look forward to and the reviewers hope will drop through the letter box, but the wait for that book is a year, and with good reason. I have been lucky enough to be very involved in the process of creating the final print ready book and it has so many fine details that need to be looked at and considered, be they for the printing set up, the cover art, the editing or any part of the creation. But even with all of those it’s possible to speed up the production, especially if you remove the need for printing.

So something that I have seen starting to grow, but by no means given the credence yet that it deserves is the eBook series. There are many Short stories out then from writers, a quick 50-100 pages set in around their world and characters, but many are just stand alone tales. These however are in my view eclipsed by the few trailblazers going beyond that, my favorite being Christian Cameron and his series Tom Swan. A series written in its own time period, not an advert for any other books he writes but a story that can stand on its own merits, each segment approx. 50 -100 pages long and set for a 24 book series at least (more if we beg I’m sure). The installments come out at regular intervals and as such really appeal to the new box set binge desire to have regular updates from your favorite writer. The great thing is that these serials can even then be released in tangible Hardback or paperback format at some future date as a compilation, 6-8 stories equaling your average hardback book, for the true box set binge experience. Depending on the sale-ability of the series the release could be small run, high quality or large volume standard format, which ever meets the needs of that writer’s audience and the publisher. 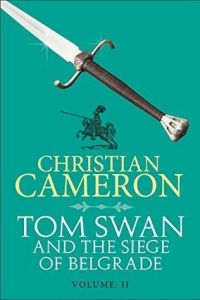 The final question really is can the author run this series parallel to anything being released by the publisher?

Why not? This is something that can be run through the publisher or separate from the publisher, either way benefits both the author and the publisher. If you tie readers into a regular purchase, a regular read, the latest episode of a story and they become hooked. Then they come back time after time, as long as the story stays fresh and new. All of this creates new readers, and retains existing readers. These readers then buy the full novels. So the only real limit is the writing time of the author.

Does it work for specific genres? I don’t really think this type of publishing is genre tied, I can’t see any subject that would not work in an episodic release basis. There are some I can see working better than others. Historical Fiction, Action adventure, Fantasy and Dystopian. Just because they lend themselves to the shorter cliff hanger, they don’t need the full misdirect of a crime novel or the gentle build of the literary novel.

This really leaves one key issue, is it good for the author? any authors living comes from books and book sales, those sales need to give a proportionate return to the outlay in time and effort on their part. This is of course on taking into account self publishing, as traditional publishing also needs to factor in the publisher making a profit also, this profit will inevitably take from the authors cut. Which returns us to the question, should the author self publish a serial to self promote their larger works via traditional publishing? or can the 2 meet an equitable compromise? Then you need to factor price.

Amazon do a 70% royalty option as well as a 35% one. But the minimum you can sell a book at on the 70% is $2.99 (approx £1.30) , which takes us back to expectation and the consumer demand. Consumers tend to want things cheaper and cheaper and often with artistic material for free. If you take the average price for short stories $0.99 (or maybe 99p) but that puts you in the 35% Royalty bracket. This means that for every 99p issue I sell I will book sold the author takes home with about 25p. quite a difference when you factor in that a 100 page novella is a quarter of a full book in terms of actual writing and takes the same time to publish after writing is finished (it still needs to be proof read, edited and formatted and to have cover art). Ultimately an author can write 3 of those novellas (maybe 2.5) in the same time as one novel. That would mean making only 75p instead of £1.30. It then becomes a gamble on volume to make the same if not more, which is always the gamble of the author, can they find the next big seller, the Harry Potter / Dan Brown volume seller. Is the publicity also a factor for the full novels? (takes a greater mind than me to know).

I hope we see more of this style of read….. as long as it is not at the expense of the tangible book, and not at the expense of the author. Who knows, maybe it will further increase people’s desire to read and the authors income? And if handled correctly via traditional publishers maybe they could move away from Amazon dominance of the eBook market and host their own selling sites for this mainly eBook driven market?

…none of this is new by the way…. think back to the Penny Dreadful for example, weekly stories that were hugely popular.

anyway…. now i have scribbled this down and bounced it off someone else it may stop being a nagging thought. (hope you enjoyed a tour of my brain.. and its latest nagging book thought).