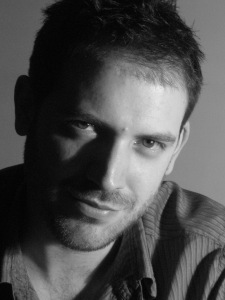 Gollancz and Orbit to publish Sharp Ends, a collection of gritty short stories by Joe Abercrombie

Gollancz  and Orbit US are thrilled to announce that they will be publishing a stunning hardback collection of superb short stores featuring best-loved characters from the world of The First Law, by Sunday Times bestselling fantasy author Joe Abercrombie. Gollancz will publish the collection in the United Kingdom and Orbit in the United States.

The short stories will be a mix of original and reissued short stories collected together for the first time, including the Locus Award-winning “Tough Times All Over.” The brand-new shorts will feature some of the most popular characters from the First Law world, including Glokta, Jezal, Logen Ninefingers, Bethod and Monza Murcatto.

Joe Abercrombie said: “I’m very pleased that some widely scattered shorts are going to be brought together in one volume along with some new stories about old friends and enemies, filling in some blanks in the map of the First Law world and offering some different perspectives on key events.  I hope readers will have as much fun revisiting some of these much-loved – and much-hated – characters as I have . . .”

Joe Abercrombie’s novels in the First Law world have sold over half a million copies to date. He is a Sunday Times and New York Times bestselling author.  Joe’s short stories are in demand for collections put together by some of the biggest names in the industry, including George R. R. Martin.

Joe Abercrombie is the author of the First Law Trilogy (The Blade Itself, Before They Are Hanged and Last Argument of Kings). His stand-alone novels (Best Served Cold, The Heroes and Red Country) are also set in the First Law world.

Joe formerly worked as a freelance film editor and is now a full time writer who lives in Bath with his family. Follow @LordGrimdark on twitter for more information, or visit http://www.joeabercrombie.com.

Sharp Ends: Stories from the World of The First Law, Joe Abercrombie