Steven A McKay : Rise of the Wolf

Author Bio (in his own words) 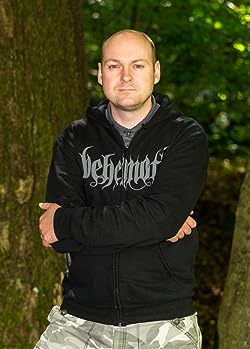 My second book, The Wolf and the Raven was released on April 7th 2014, at the London Book Fair where I was part of the Amazon KDP/Createspace/ACX stand. My debut novel, Wolf’s Head, was also released the same day as an audiobook.
My new book, Rise of the Wolf, will be published in June/July 2015.

I was born in 1977, near Glasgow in Scotland. I live in Old Kilpatrick with my wife and two young children. After obtaining my Bachelor of Arts degree with the Open University I decided to follow my life-long ambition and write a historical novel.

I play guitar and sing in a heavy metal band when we can find the time to meet up.

Sir Guy of Gisbourne is back! Bent on vengeance against Robin Hood and with a turncoat new lieutenant in tow, an unlikely new hero must stand up for herself… YORKSHIRE, ENGLAND – 1323 AD The greenwood has been quiet and the outlaws have become complacent, but the harsh reality of life is about to hit the companions with brutal, deadly force thanks to their old foe, Prior John de Monte Martini. From a meeting with King Edward II himself to the sheriff’s tournament with its glittering prize, the final, fatal, showdown fast approaches for the legendary Wolf’s Head. New friends, shattered loyalties, and a hate-fuelled hunter that threatens to wipe out not only Robin’s companions but his entire family will all play their part in the RISE OF THE WOLF.

So… always a tough review to write; when the author has been crazy …sorry kind enough to ask you to be part of the shaping of a book and beta read and feedback your thoughts on the book i find it quite difficult to write a review because i have more than one version swimming around in my head. I think Steven possibly deep down regretted asking me this time, i took the gloves off because it was book 3 in the series and book 4 over all and i think by the time i was done he felt like he had gone a few rounds with Gisbourne himself (sorry Steven).

For anyone who is ever lucky enough to be asked to get involved in something like this i highly recommend doing this because its very interesting and highly rewarding, especially when the author listens. I never think you can take credit for anything in the final draft, but you can feel some joy in little snippets you can see your quill dipped in.

So how does the book stand up to the rest of the series and my expectations? McKays Gisbourne is deliciously dark, a man pushed to the edge and then over it, and its this and his new sergeant that really make the book, there are some surprises in who lives and who dies but mainly the book suffers a tad from its wider angle lens. The previous books focused so much Robin and his immediate men and this gave them a pace and immediacy that this book doesn’t have. But this book has instead other very bright sparks, the return of a traitor, one so bad you can hate him while possibly feeling sympathy for Gisbourne (i know…crazy), there is more of a focus on Robins wife and sister, both written with a very female sympathetic edge. we visit the royal court and have more than one humorous encounter with the king the later one i really enjoyed.

So in summary, this is another excellent book in the series, not my favourite, but still well worth a read, and gives a lead in to what should be a high charged and dramatic conclusion……. Bring on book 4 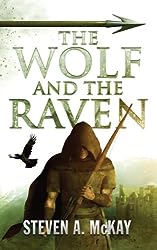 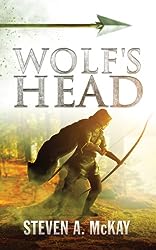 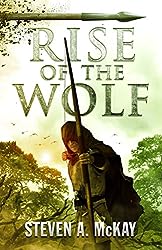 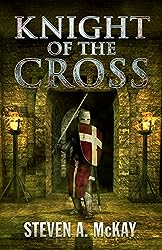 One response to “Steven A McKay : Rise of the Wolf”