Michael Hughes was born and raised in Keady, Northern Ireland, and now lives in London. He read English at Corpus Christi College, Oxford, trained in theatre at the Jacques Lecoq School in Paris, and has worked for many years as an actor, under the professional name Michael Colgan. He studied creative writing at Royal Holloway, and at London Metropolitan University, where he has also taught. The Countenance Divine is his first novel. 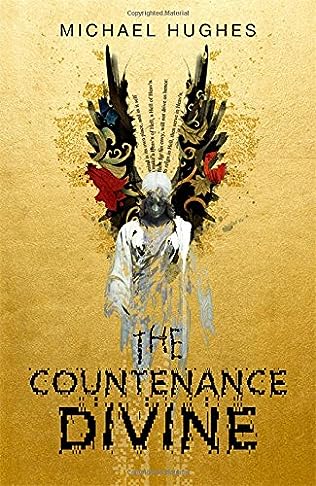 In 1999 a programmer is trying to fix the millennium bug, but can’t shake the sense he’s been chosen for something.

In 1888 five women are brutally murdered in the East End by a troubled young man in thrall to a mysterious master.

And in 1666 poet and revolutionary John Milton completes the epic for which he will be remembered centuries later.

But where does the feeling come from that the world is about to end?

For a debut novel The Countenance Divine by Michael Hughes is a seriously ambitious project, add to it a span of multiple centuries and multiple voices and the potential to lose the reader is huge…..

The story takes the reader from

1666 the Plague when The Great Fire of London ravage the city,  the renowned (but at the time impoverished) John Milton is trying to complete his poem ‘Paradise Lost’ .

1888 and Jack the Ripper describes some of his brutal murders.

1999 Chris a computer programmer works to head off the disaster that is the millennium bug.

each and every period of history twists its own tale with its own voice and own feeling of time and place, the writer does a great job of pulling you into the specifics of the time period. That is his skill in this book. I have to admit that the book was hard work, its never going to be what you call a page turner, the pace is slow and measured, and my own personal inability engage with the voices slowed it further. But it has loads to recommend it as a read, its one of those that if you persevere you will be rewarded because its a cleverly woven novel from a writer with buckets of talent, certainly a name for the future and sometimes thats what you need to look for with a debut, the skill of the writer and the potential for the future…. this book is going to appeal to many… but i love my action, so this missed a little for me….. (but wow what a cover).

worth a try, i think many will really rate this book.