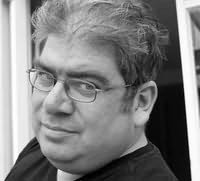 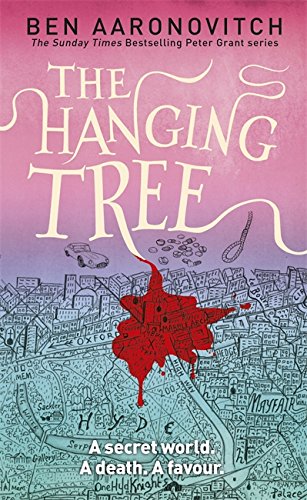 Suspicious deaths are not usually the concern of PC Peter Grant or the Folly, even when they happen at an exclusive party in one of the most expensive apartment blocks in London. But Lady Ty’s daughter was there, and Peter owes Lady Ty a favour.

Plunged into the alien world of the super-rich, where the basements are bigger than the house and dangerous, arcane items are bought and sold on the open market, a sensible young copper would keep his head down and his nose clean. But this is Peter Grant we’re talking about.

He’s been given an unparalleled opportunity to alienate old friends and create new enemies at the point where the world of magic and that of privilege intersect. Assuming he survives the week….

The Rivers / PC Grant series is in my opinion one of the best, most original and funny series i have read in the last 5 years, starting with Rivers of London it erupted into my reading world as a breath of fresh air and proceeded to wow until what i felt was a dip in book 4 Broken Homes. Fox Glove summer in 2014 was almost a return to form, but  with its escape from London it both lost some of its sparkle, but also gained some new expansiveness, but for all that i have still been an avid reader eager for each and every book.

The gap from then to the eagerly anticipated Hanging Tree, a book that seemed to not to want to come out has been longer than hoped for, but, it has finally ended and the book has arrived. The story/plot was everything i could have hoped for. Peter Grant is back to his funny sarcastic self, plodding through life shrugging off the spectacular events and turns his life takes with a casual nonchalance as if they were boring trips to the super market. The magical events/ escapades of spirits, gods and magic users of no more peculiarity than the average office job. Its this casual flippancy that gives the book its casual humour and still manages to build an exciting fast paced plot line often with dire consequences for property, life and limb.

As always when i read a Ben Aaronovitch i’m left with a feeling that the writer is just that bit smarter than the rest of us, he is Nightingale, the one who knows and see’s more than the rest of us, but can only impart what we are ready to see and learn.  Giving us a brilliantly complex and yet startling simple story of Good v Evil, Copper v Criminal…. but if you scratch away the veneer of civilization and look behind the scenes at the world of magic the author has created the complexities grow, the shades of grey expand and the series leaves you stunned at the hugely complex world that Ben Aaronovitch has devised….. I for one would like to see some of the side stories hinted at: EG the war tales of Nightingale and how he ends up at etterberg and what actually happened during Operation Spatchcock.

So The Hanging Tree… a return to form? For me a truly excellent book…. right up to the end…. because, there wasn’t an end… the book stopped, but for me the story hadn’t. It was like an advert break where the next part didn’t record, or a “To be continued” flashes up. To be honest made me think that what ever delayed the book may have been resolved, but i’m not sure the ending to this book had been, i wondered if it had been taken as … a good enough point to stop. This in a series/ book can sometimes be a personal thing, when the bad guy spans multiple books. But in this case, the bad guy is still free, the objective from the start of the book isn’t resolved and many of the little side tales/ elements that an author ties up with a nice bow.,.. well they are all left hanging… now it could be said that this is more real… but for a book it left me say flicking back and forth wondering where the next/ last chapter was…

a big shame what would have been a 5 star book becomes a 4 because there was no climax…. 😉 … however i will still be front and center for the next book… even more so with the unresolved ending…. maybe that’s the reason?? Leave them wanting more…

One response to “Ben Aaronovitch: The Hanging Tree (Review)”