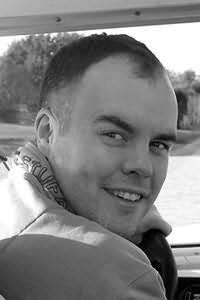 Stephen Lloyd Jones and grew up in Chandlers Ford, Hampshire.
He studied at Royal Holloway College, University of London, and now lives in Surrey with his wife, three young sons and far too many books.

Playing catch-up – a short piece about why, at the start of a new book, I like to drop readers into the middle of unfolding events, with little explanation as to what has gone before.

Like everyone else, I’ve got a hundred different things demanding my attention. As my third son starts school this term, life seems to be speeding up, not slowing down. Amidst the happy chaos, getting lost in a good book keeps me sane and offers a little breathing space. I used to pride myself on finishing every novel I started, but I can’t say that anymore: my reading time is too precious, and there are too many amazing books waiting to be devoured.

The faster I’m immersed in a new storyline, the greater the chance I will dump everything else to spend more time in the author’s fictional world. During a book’s opening pages, nothing pulls me into the narrative faster than the sense that the story has started without me – that bad things have already happened, and are still happening – and unless I nail it all down pretty fast, it’ll leap ahead of me and escape.

Knowing this about my own tastes, I guess it’s not surprising that it’s reflected in my work. The String Diaries, my debut novel, opens with a young family fleeing through the night. The mother is driving; the husband is bleeding out from injuries sustained earlier that evening. We don’t know anything about them, or what has happened, and it’s quite some time before we find out.

The Disciple, published this month by Headline, opens in similar fashion. Edward Schwinn, a barely-functioning recluse, is returning home one winter evening when he happens across a five-vehicle pile-up. Investigating the wreckage, he discovers the sole survivor: a woman, heavily pregnant, whose impact on his life will be profound.

When Edward enters that scene, he’s playing catch-up to an incident that started without him, and so are we. And while we’re trying to get a handle on Edward’s eccentric personality, we’re simultaneously attempting to understand the situation into which he’s been thrust – a situation that rapidly spirals beyond his control.

When I wrote The Disciple’s opening pages, I didn’t know much at all about Edward Schwinn, nor the particular dangers he would face. I was a passenger, riding beside him, steadily pulled into his narrative. It seems that I like playing catch-up not just when I read, but also when I write. 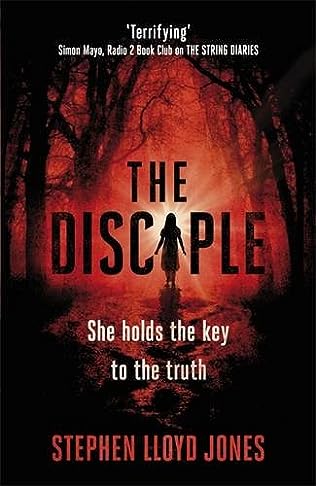 On a storm-battered road at the edge of the Devil’s Kitchen, a woman survives a fatal accident and gives birth to a girl who should never have lived.

The child’s protection lies in the hands of Edward Schwinn – a loner who must draw himself out of darkness to keep her safe – and her arrival will trigger a chain of terrifying events that no one can explain.

She is a child like no other, being hunted by an evil beyond measure.

For if the potential within her is realised, nothing will be the same. Not for Edward. Not for any who live to see it.