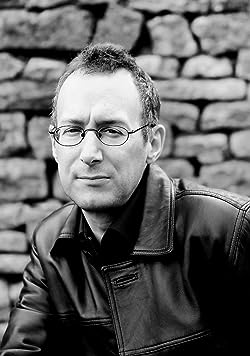 Ian Ross lives in England, and has been researching and writing about the later Roman empire and its army for over a decade.
The ‘Twilight of Empire’ series is a sequence of novels set in the early 4th century, a dramatic and violent era which saw the rise of the Emperor Constantine and the transformation of the Roman world. 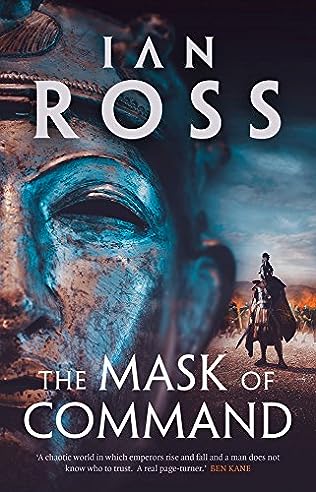 When a treacherous act of murder throws the western provinces into turmoil, Aurelius Castus is ordered to take command of the military forces on the Rhine. But he soon discovers that the frontier is a place where the boundaries between civilisation and barbarism, freedom and slavery, honour and treason have little meaning.

At the very heart of the conflict are two vulnerable boys. One is Emperor Constantine’s young heir, Crispus. The other is Castus’s own beloved son, Sabinus. Only Castus stands between them and men who would kill them.

With all that he loves in danger, Castus and a handful of loyal men must fight to defend the Roman Empire. But in the heat of battle, can he distinguish friend from enemy?

This is book four in the excellent Twilight of Rome series a series that focuses on a very much ignored part of the rich and varied Roman history (4th Century), I’ve always been surprised that there are not more books based around this transitional period. Constantine and his tenure is such a rich tapestry of events, a new religion, vast changes in the empire and the armies that control those huge tracts of land, This is a time when the Auxiliaries are the army, the empire is the sum of its parts rather than the sum of its core.

Our Core character Castus has come a long way from the bruiser on the frontline. Over the course of this series his bravery and his dependable honest character has won him Imperial Patronage. This while a personality that has won him renown with the Emperor doesn’t win him many friends at court, the roman court is after all filled with greed, envy and treachery, none of this is set to make Castus’s task of of intermediary to the Germanic people an easy role.

As with all of this series i find the books initially a slow burn, even knowing the characters well as i now do, Ian takes his time to build you back into the Roman world, to acclimate you to the time period and the situation, and then he starts to turn the screw and ratchet up the pace. By the time he hits the last quarter of the book it is at a pace that makes the book very hard to put down, as Castus world turns to crap very quickly, his life seems to be a parallel for the story of the empire at the time.

As with this whole series the research is exemplary (well to my untrained eye), the attention to detail is first class, and yet not thrust down the readers neck, its subtle and yet intricate, and the battles are a joy to read.