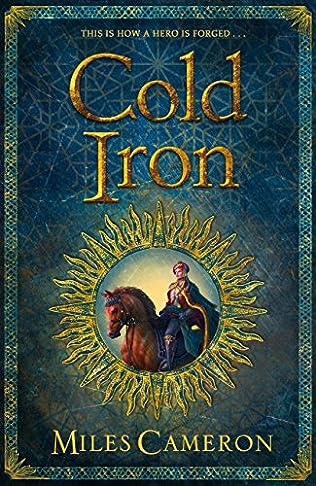 A young mage-in-training is unwittingly pulled into a violent political upheaval, in the first book of this new epic fantasy trilogy by Miles Cameron, author of the Traitor Son Cycle.

Aranthur is a promising young mage. His talents compel him to attend University to develop his abilities further. But the world is not safe for a mage, and after a confrontation leaves him no choice but to display his skill with a blade, Aranthur is instructed to train under a renowned Master of Swords.

During his intensive training he begins to question the bloody life he’s chosen. And while studying under the Master, Aranthur is conscripted to the City Militia. Soon after, he finds himself thrown into the middle of a political revolt that will impact everyone he’s come to know.

To protect his friends, Arnathur will be forced to decide if he can truly follow the Master of Swords into a life of violence and cold-hearted commitment to the blade.

Miles Cameron is undoubtedly a hugely talented writer, his work as Christian Cameron is at the forefront of writing in Historical Fiction, and his debut fantasy series (Traitor Son Cycle) has been a huge hit.

For me there was little question about the expected quality of this next series, just what direction would it take, and could it be as original as the Traitor Son series?

My first surprise was that this book starts the series off at a very measured pace, no big battles. What it delivers instead is world building on a hugely imaginative scale, in-depth characterization and characters you can connect with instantly on a personal level. A magic system that’s new and fresh and complex, that cannot be used for simple plot escapes, and a political system as complex and dizzying as anything in the real world. In fact as always i think we find many modern world issues explored and exposed in this book, racism, right wing attitudes, an ISIS equivalent ideology, and yet also compassion, and understanding, religious ideals and many other thoughts and ideas are explored and incorporated.

The depth and breadth of this book is breath taking, the skill with which its delivered is sure to make this book and this series a huge hit.

David Gilman has had an impressive variety of jobs – from firefighter to professional photographer, from soldier in the Parachute Regiment’s Reconnaissance Platoon to a Marketing Manager for an international publisher. He has countless radio, television and film credits before turning to novels. From 2000 until 2009 he was a principal writer on A Touch Of Frost.         David currently lives in Devon with his wife. 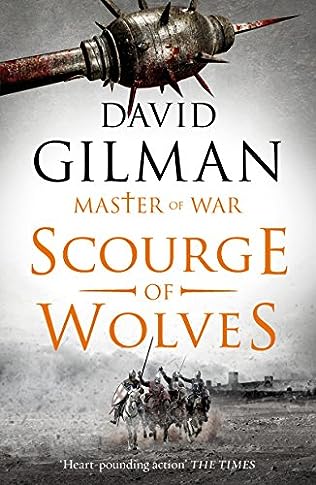 Winter, 1361: Edward III has finally agreed a treaty with the captive French King, John II. In return for his freedom, John has ceded vast tracts of territory to the English. But the mercenary bands and belligerent lords will not give up their hard-won spoils to honour a defeated king’s promises.

As he battles to enforce Edward’s claim, Thomas Blackstone, once again, will face the might of the French army on the field. But this time there will be no English army at his back.

War and superstition were often travelling companions for the men who fought in medieval times. Portents of death were taken seriously, and no soldier wanted to die unshriven, without his sins being forgiven by a priest. In the winter of 1361 and then into 1362 France was still plagued with thousands of vicious armed men, ex-soldiers no longer held by their fealty to a lord or arrayed by their respective king, be they French, English, Gascons, Navarrese or German. Like the pestilence, they inflicted fear and devastation on the population. King Edward 111 had seemingly won his war against the French but now came the reckoning. Edward needs to claim what was no rightfully his and the French King, John 11, had to try and salvage what he could of his eviscerated country. The great set piece battles were no more there were many hard-fought contests between forces vying for power and influence.

Not only did routiers, mercenary bands, scour the land there was a civil war raging between Breton lords – a proxy war between the French and English. King John 11 backed one side, the English King the other, and amid this turmoil were those trying to claim the ceded territory due to the victorious English. Sir John Chandos the renowned knight, a man of great skill and political acumen was tasked with bringing those territories under English control and in Scourge of Wolves, it falls to Thomas Blackstone to defeat those who still opposed the will of the Crown. King Edward 111 played loose and fast with the treaty. He ordered any English mercenaries holding towns and land to return them to the French but in truth, he was slow to enforce this because it suited him to have the French tormented and to force them to concentrate their armies against the mercenaries.  It served to keep these disaffected men fighting in France rather than to return to England and create havoc at home.

Here then was a complex and brutal time politically and militarily where the future of two nations rested on a satisfactory outcome of a fragile peace treaty. Ceded territories were contested and routiers seemed to be aiding Edward who had not rescinded his claim to the French crown. In this broad sweep of historical mayhem Scourge of Wolves is told mostly through the eyes of the common soldier and the man who leads them, Sir Thomas Blackstone. In every conflict, those who engage in the fighting see only the immediate danger and to write about this time of great upheaval I needed to simplify events, imagine interlocking incidents that occurred behind the scenes and create dramatic intrigue to drive forward the story. Real events, real people, others invented. And above all else to take my readers on a journey where the portent of death hovers remorselessly over my characters.

Many thanks for this insight David.