Mark Lawrence was born in Champaign-Urbana, Illinois, to British parents but moved to the UK at the age of one. He went back to the US after taking a PhD in mathematics at Imperial College to work on a variety of research projects including the ‘Star Wars’ missile defence programme. Returning to the UK, he has worked mainly on image processing and decision/reasoning theory.
Mark Lawrence lives in Bristol and is married with four children, one of whom is severely disabled. His day job is as a research scientist focused on various rather intractable problems in the field of artificial intelligence. He has held secret level clearance with both US and UK governments. At one point he was qualified to say ‘this isn’t rocket science … oh wait, it actually is’.
Between work and caring for his disabled child, Mark spends his time writing, playing computer games, tending an allotment, brewing beer, and avoiding DIY. 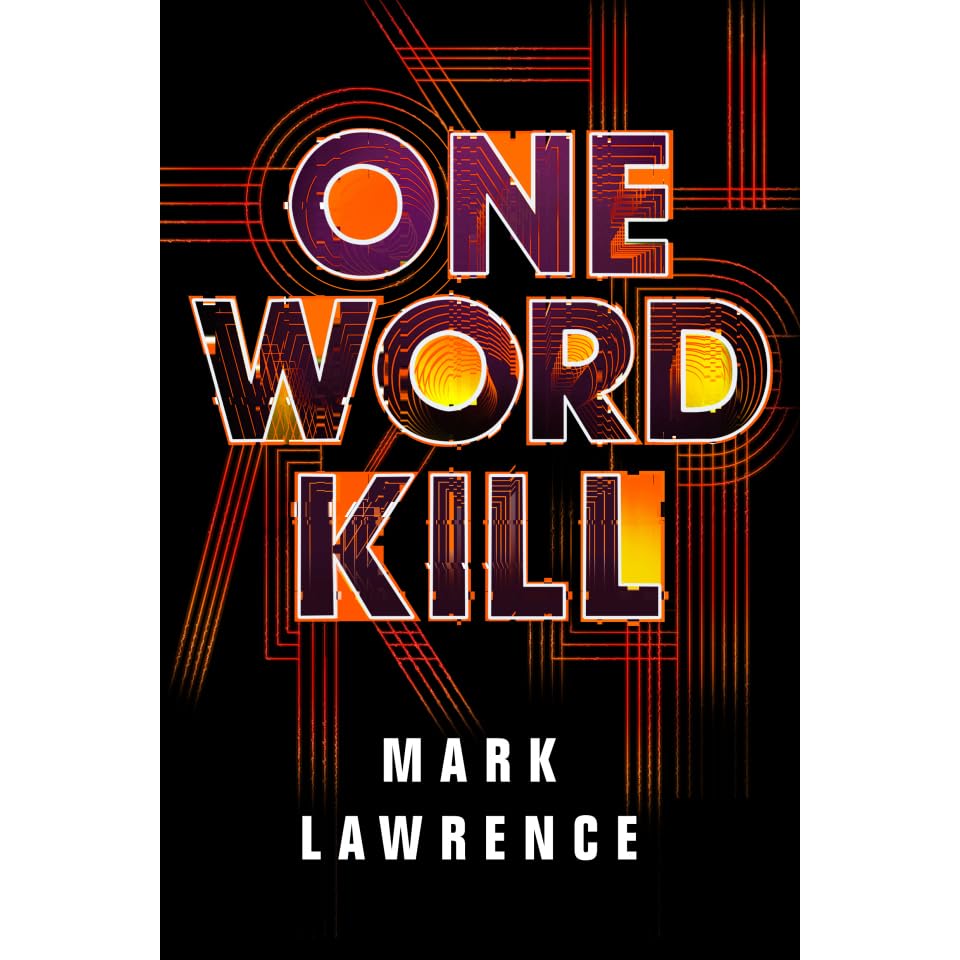 In January 1986, fifteen-year-old boy-genius Nick Hayes discovers he’s dying. And it isn’t even the strangest thing to happen to him that week.

Nick and his Dungeons & Dragons-playing friends are used to living in their imaginations. But when a new girl, Mia, joins the group and reality becomes weirder than the fantasy world they visit in their weekly games, none of them are prepared for what comes next. A strange yet curiously familiar – man is following Nick, with abilities that just shouldn’t exist. And this man bears a cryptic message: Mia’s in grave danger, though she doesn’t know it yet. She needs Nick’s help – now.

He finds himself in a race against time to unravel an impossible mystery and save the girl. And all that stands in his way is a probably terminal disease, a knife-wielding maniac and the laws of physics.

I had no idea what to expect from this book, but its Mark Lawrence, i’m sure he can make his shopping list funny and engaging to read.

What i do know is that it would need to be good, as i’m sure many of you know i had taken a sabbatical from books and reviewing for personal reasons, but i’m back, and the first book back had been Dark Forge by Miles Cameron (see the blog for review), its astoundingly good. So i sat down with the expectation of a Mark Lawrence read ahead, but also that worry that it might get the book hangover from Miles Camerons Dark Forge.

I’m happy to say not, this book stood out all on its own, it takes you in right from page one, draws you into the den of the geek, the world where introverts rule, and yet in their own space there are a multitude of personalities and needs, these guys are no different from anyone else, just maybe shy and at the same time smarter than average, they live on their imagination, and the world of D&D gives scope to that intelligence and imagination.

One word kill blends that imagination into a mind bending reality of time and space and paradox, and at the same time is wrapped around a heart rending tale of childhood mortality with the main character suffering from cancer. This part really hit home with me given that about a week before i got the book i myself was diagnosed with a form (treatable) of cancer, but the emotions were something i could relate to despite the age difference between the character and myself, especially as the book is set around the time i left school, making the character about my age.

Even with the fantastic reality bending idea of the book, its highly relate-able , the characters are almost people i knew back then and now (if they had known back then that geek will inherit the earth they may have been more outgoing lol….) but maybe not themselves. Given i had read so little and was easing back into it, this book was devoured in very short order. I couldn’t put it down, and as i was opening my own business at the time i needed to sleep, but it had an insistence that i keep turning the page that i read the next bit. I have to say i was hugely impressed, while a totally different read to Miles Cameron it was up there in quality of writing and story, and so in my top books for 2019 so far.

If i had to make a comparison, while the stories have no similarity, this reminds me of when David Gemmell wrote White Knight Black Swan, a total break away style, and yet one of his most engaging reads.

I highly recommend this