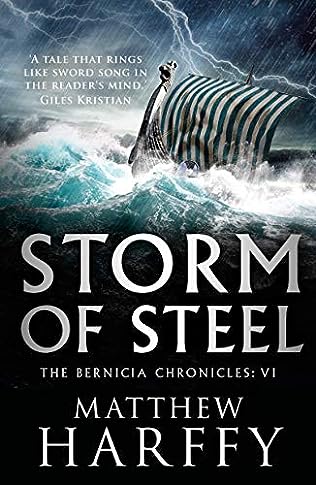 AD 643. Anglo-Saxon Britain. A gripping, action-packed historical thriller and the sixth instalment in the Bernicia Chronicles. Heading south to lands he once considered his home, Beobrand is plunged into a dark world of piracy and slavery when an old friend enlists his help to recover a kidnapped girl. Embarking onto the wind-tossed seas, Beobrand pursues his quarry with single-minded tenacity. But the Whale Road is never calm and his journey is beset with storms, betrayal and violence. As the winds of his wyrd blow him ever further from what he knows, will Beobrand find victory on his quest or has his luck finally abandoned him?

I’ve had the pleasure of seeing this author grow as a writer, i remember reading The Serpent Sword very early on and while the writing had some rough edges, i could see the huge potential behind the writing and also the Characters. Very early on i made the comparison to Cornwells Uhtred series, only Harffys Beobrand was much grittier, more real, he had all the sharp edges and lack of finesse that Uhtred should have had for a warrior of his period. That comparison has stuck with me throughout the series so far and this latest book does nothing to change that.

Storm of Steel takes Beobrand to the sea and on a new and potentially impossible mission, but Beobrand lives by the luck of the gods and helps to create the chaos that they love. The story was once again hugely engaging and exciting, the story given an edge of the seat feeling as the men battle nature, the gods and their enemies, over coming betrayal and intrigue and when it matters overcoming the enemy shieldwall.. Matts books never lack for blood and barely suppressed danger and violence, a violence that without warning explodes into direct action, much to the detriment of Beobrands enemies.

I only had one quibble with the book…. you may also find it in the surf, the same as Beobrand did, but it didn’t stop this being another cracking book in a truly excellent series.

Smoke in the Glass: Immortals’ Blood Book One (Immortal’s Blood) 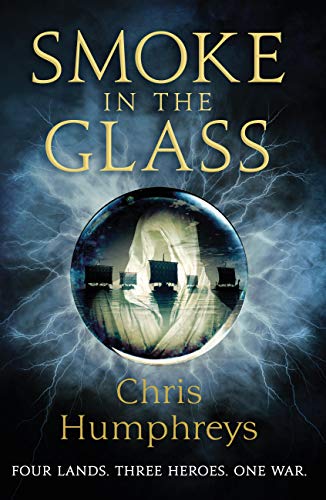 Three lands, peopled by humans and immortals. In Corinthium a decadent endlessly-lived elite run the world for profit and power. But when a poor, honest solider dies, and is reborn, everything changes. In wintry Midgarth, where immortals are revered as deities, one of them has realized that something – or someone – is killing the gods. And in Ometepe there is only one immortal, for he has murdered every other. Until one woman gives birth to a very special baby.Yet there is a fourth, hidden land, where savage tribes have united under the prophecy of ‘the One’: a child who is neither boy nor girl. Now they plan to conquer the world. Unless a broken soldier, a desperate mother and a crippled god can stop them…

Chris Humphreys is an excellent writer (under the name CC Humphreys), every book i have read has been a pleasure and added to the amazing group of authors from Canada. So when i heard about Smoke in the Glass and that it was his first Fantasy title i was somewhat excited…. But somehow with that excitement waning i found myself about 15 pages in thinking…”who is this? it doesn’t feel like the writing i’ve experienced before.

There is a very good reason for that….. this is a whole new world, with some very complex lands and civilizations and on rereading i could see where the author had been trying to impart as much detail as he could without it being just an info dump, it was an unexpected style .. very quickly after that realization the story started to develop and i could see how the author was building its peoples and lands and magic, all with more than one underlying plot, who are the beings who bestowed immortality? why is it so random who becomes immortal? why does someone want to tear down the natural order? can the Elite be tumbled? and so much more.

like me many will assign similar (real) nations/ myths to the lands described. My Fav character so far is Luck, who has some of the Imp Tyrion about him, and who doesn’t love the imp.

After my initial jitters with the new style from this author i found myself quickly lost in the story’s rich tapestry, the characters as with all of this authors books are amazing, he has the ability to make them very real and very personable and before you know it you have become attached to them on a emotional level. wrapped around all of that comes a very new and original landscape, and a story-line that will certainly stand out from the rest, I’ve no idea what length the series arc will have but it has the potential to be an epic and long series if the author wanted it. Normally i would say a book from this author is very character led, and it is… but then its also plot driven and magic driven… it just has so many original ideas that what he has ended up with is a very exciting and interesting plot, great people and great lands… and what will be a hugely exciting series.

The hardest thing for this book will be fantasy readers taking the leap, trying a new author in their genre… and they really should, i’ve known a couple of other authors make this leap and their amazing books sink unknown… lets try and make sure this one doesn’t, id like to see how it pans out… and also if you have not picked up Gates of Stone add that to your list also… as readers we always want something new and exciting… these books both are, so pass the word.