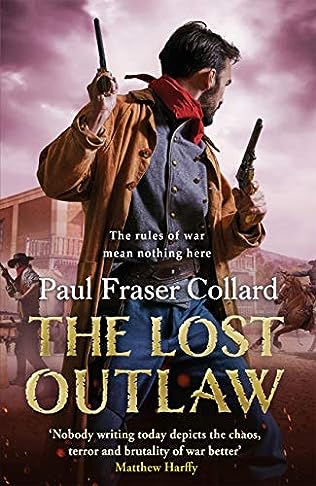 In the midst of civil war, America stands divided. Jack Lark has faced both armies first hand, but will no longer fight for a cause that isn’t his.

1863, Louisiana. Jack may have left the battlefield behind, but his gun is never far from reach, especially on the long and lonely road to nowhere. Soon, his skill lands him a job, and a new purpose.

Navy Colt in hand, Jack embarks on the dangerous task of escorting a valuable wagon train of cotton down through Texas to Mexico. Working for another man, let alone a man like the volatile Brannigan, isn’t going to be easy. With the cargo under constant attack, and the Deep South’s most infamous outlaws hot on their trail, Jack knows he is living on borrowed time.

And, as they cross the border, Jack soon discovers that the usual rules of war don’t apply. He will have to fight to survive, and this time the battle might prove one he could lose.

Im an admitted big fan of this series, Jack Lark the “New Sharpe”, is a review line i have used before, only Jack has long outgrown Sharpe. He is deeper, darker and more introspective, the stories stepping into more modern and bloody warfare, with death and destruction on a whole new scale. Plot wise this isn’t’ the darkest of the Jack lark tales, but from a personal level for Jack it feel darker, a man at war with himself, lost and alone, isolating himself, essentially a man depressed, lost , with a death wish, a man with nothing to live for and no where to go.

This Jack, beaten down and lost, wandering aimlessly across the USA soon finds himself in fates path again, desperation and loneliness pushing him into a job he has little choice but to take, he finds himself in the company of hard remorseless men, men with their own agendas, and little morality. Swept along by a new found desire/ need for company and for meaning Jack is employed as a wagon guard taking goods to Mexico. It’s a hard life but feels an honest one, except for the plans of his new boss Brannigan, and Jacks desire for the lady who pulled him into that world.

As with all of Paul Collards stories, he writes you right into the forefront of the story, its happening to you, you become Jack Lark, you feel and experience all the emotions and the blood sweat and tears that Jack does. This is the key i think to why people are drawn to the Jack Lark books.

With such a rich setting it was great to see the author take us on a little tour of the Alamo, and i felt also in the tale he gave us our own Alamo and also a touch of Butch and Sundance. The skirmishes are desperate, they are dirty, they are bloody and they have no rules, this story will take Jack deeper into the mire of human depravity for violence, but could it also show him who he is and what his mission is? for a man as lost as he is “Sometimes the only way through hell is to keep going” (Winston Churchill), can Jack survive the journey?

As i have with every book in this series, i highly recommend this one, i devoured it in a single sitting.