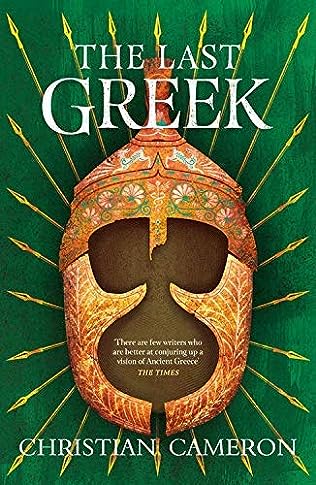 The Last Greek: Book 2 in the Commander series:

211BCE. The Roman invasion from the western seas is imminent, and from the south the Spartans are burning and pillaging their way north.

Battle-hardened Philopoemen believes the Achean League is facing annihilation if it does not arm. But without a formal army or cavalry, they don’t stand a chance. Convincing his friend and healer Alexanor that the threat is real, together they begin to build a massive cavalry guard from the ground up – one that will fight on all fronts.

It is the last roll of the dice for the Achean League. But Alexanor knows Philopoemen is one of the greatest warriors Greece has ever known – the New Achilles. The Last Greek.

Im sure many of you who read my reviews will know whats coming…. blah blah… Christian is brilliant etc… yes i will admit to loving his work… but why?

I have had the pleasure of getting to know Christian for over 10 years, and in that time his writing has never wavered, his drive to write has always been there, and the quality and depth has always pushed to be better and better, which i think is a reflection of the man behind the books, check out his Web site

What you will see from his web site his how much experience and effort goes into each book, the level and depth of research, and more than anything the passion to learn and to know and to share it all in a way that we can all enjoy, and not just the fighting and the weapons, but everything down to a simple meal, the discomfort of travel, the quality and skill of everyday artisans, there is no area he doesn’t want to learn and share.

So when i pick up a book like The last Greek i know that i will be entertained , but also i will be lost in the depth of reality that exists in the book, the real sense of passion and excitement, the love and the losses are all there and come across with a totally engaged and  unrelenting passion of someone who wants to know more and to share what he has found.

In The Last Greek we once again follow Philopoemen through the eyes of his friend Alexanor, as they try to survive the politics of the Achean League, the friendship that is Philip of Macedon and on top of that build an army that can defend them against a ring of more powerful enemies. Christian Cameron shows us how they may have managed the politics of the time, deals with Slavery, women’s rights, the politics between other nations, the religion of the times, inc the Olympics and more. Among all this we learn about training both cavalry and infantry, outfitting them, the crippling costs, the impacts of soldiers away from their real professions, heroism, revenge, love, loss and so much more. This books follows the many battles and preparation for those battles back and forth across the cities of the league, the almost wins, the almost losses and the rebuilding to do it all again, to survive is often a victory…..i will admit to just becoming utterly swallowed up by every book he writes inc this one, the engagement for the reader is total, and the ending is always bitter sweet, a culmination that also leaves that sense of loss when you leave new friends behind.

As always i cant recommend Christians books highly enough, and given how fast he writes if you have not yet dived in… you have so many great adventures ahead (see below for bibliography), He writes so often about a warrior being a master of what he does, a killer of men, or a tactician being at the peak of his game…. well when it comes to writing Christian Cameron is a true master at his craft at the top of his game. 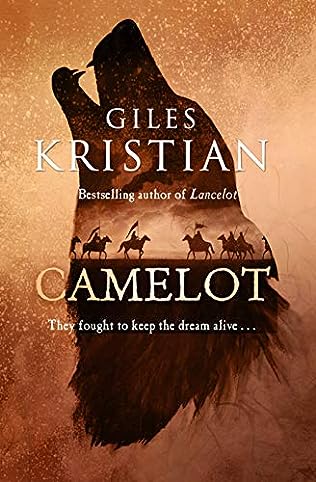 Britain is a land riven by anarchy, slaughter, famine, filth and darkness. Its armies are destroyed, its heroes dead, or missing. Arthur and Lancelot fell in the last great battle and Merlin has not been seen these past ten years. Now, the Saxons are gathering again, their warbands stalk the land, their king seeks dominion. As for the lords and kings of Britain, they look only to their own survival and will not unite as they once did under Arthur and his legendary sword Excalibur.

But in an isolated monastery in the marshes of Avalon, a novice of the order is preparing to take his vows when the life he has known is suddenly turned upside down in a welter of blood. Two strangers – the wild-spirited, Saxon-killing Iselle and the ageing warrior Gawain – will pluck the young man from the wreckage of his simple existence. Together, they will seek the last druid and the cauldron of a god. And the young man must come to terms with his legacy and fate as the son of the most celebrated yet most infamous of Arthur’s warriors: Lancelot.

For this is the story of Galahad, Lancelot’s son – the reluctant warrior who dared to keep the dream of Camelot alive . . .

For many who read my ramblings about books it will come as no surprise i loved this book, its predecessor Lancelot was my book of the Year last year, and it was hugely justified, a book that spoke so much from the heart and wove a new version of a fantastic legend ( Review of Lancelot )

Camelot once again sees the storytelling brilliance of Giles Kristian reach for and attain new heights.

Many of his readers will be used to the cut and thrust of the viking tales fueled with daring deeds and bloody battles (told with his elegance of phrase and character insight), but Camelot is several steps above this, it continues a journey begun in Lancelot where the authors writing ascended to a new level, where emotions are laid bare, where middle genre historical fiction (as some may term “Swords and sandals”) becomes a leap into something much more, something that speaks to the heart, mind and soul of the reader, where every phrase and passage is weighed for its ability to tell its own tale, to wring out the emotions and make the reader ask questions of the story and characters and themselves.  The writing makes you experience every nuance of the world, the actions of the characters and the emotions they generate.

This book for me was Giles Kristian taking his writing to new and heady heights, and taking the reader along for the ride, every single page and description and narrative was packed with meaning and emotion, and had clearly been examined and weighted before it made it into the book. Giles continues to take his skill as a musician and apply it to his novels, that skill that a lyricist has to distill a story down to as few words as they can yet convey so much more than is written, to make you feel every passage and word, to leave the telling half on the page and half in the mind, to let the ears and the mind take hold of the story and add personal layers to it…. just the same way we do with a song, and thus leaving the story very personal and individual to the reader.

Giles Kristian makes us do all of this and more with this story of and it is now his story….. i don’t say it lightly , but this duology for me is now the go to Arthurian tale, surpassing Bernard Cornwells tale, which for many years was the Arthurian benchmark.

Every year i look out for the book that will define my years reading…. and its going to take something very exceptional to stop Camelot being that book and for the second year running, Giles Kristian being the top author.

This gets the highest recommendation i can give, it has across the board reading appeal, so don’t get ties by genre loyalty, no matter what you enjoy this book will give you you want and need…. it truly is a classic being born.