Mark Lawrence: The Girl and The Mountain (review) 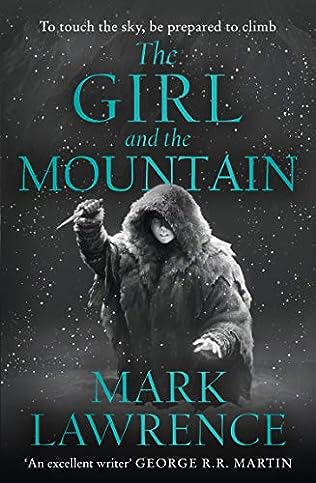 On Abeth there is only the ice. And the Black Rock.

For generations the priests of the Black Rock have reached out from their mountain to steer the ice tribes’ fate. With their Hidden God, their magic and their iron, the priests’ rule has never been challenged.
But nobody has ever escaped the Pit of the Missing before.

Yaz has lost her friends and found her enemies. She has a mountain to climb and even if she can break the Hidden God’s power her dream of a green world lies impossibly far to the south across a vast emptiness of ice. Before the journey can even start she has to find out what happened to the ones she loves and save those that can be saved.

Abeth holds its secrets close, but the stars shine brighter for Yaz and she means to unlock the truth.

To touch the sky, be prepared to climb

Buy the book in Hardback

This is one of the books out this year that i sent begging emails to review, i mean its Mark Lawrence, if you review fantasy you would have to be nuts not to be begging for a copy. Thankfully for me Mark himself took pity on me  and sent me an advance copy…. and just wow, its everything i expected and anted and more…

Yaz and her friends return, we left them ascending back to the ice after their exploits under it, what lay ahead ware the priests of the black rock, the wind, the cold and their new weakness to the cold brought on by the flourishing of their powers. This book see’s old friends perish, new friends appear, battles with old enemies and a better understanding of who and what they are, we finally get inside the blackrock and see what the priests have been up to as our team can even try to start the endless trudge across the ice in search of the green which is their hope.

As always Mark Lawrence blends his stunning world building with his real heartfelt characters, how an author can bring miles and miles of white ice bound scenery to life so well just astonishes me, but the secret is in the people he has crossing it and the very real dangers they face, as a reader you feel spell bound and on the edge of the seat for the whole journey… a journey that ends in (while not unexpected) such a way to really warm the heart and melts the last of that ice that grips you tight during the book…. what comes next, honestly I have no idea! Mark Lawrence has such a fantastic ability to blend magic and science into a plot that i’m never not amazed with the plot twists and turns, and that is the mark of a true great of the genre.

A MUST read for the year… in fact i guarantee that you will read and reread, its just so good.

Kinch Na Shannack owes the Takers Guild a small fortune for his education as a thief, which includes (but is not limited to) lock-picking, knife-fighting, wall-scaling, fall-breaking, lie-weaving, trap-making, plus a few small magics. His debt has driven him to lie in wait by the old forest road, planning to rob the next traveler that crosses his path.

But today, Kinch Na Shannack has picked the wrong mark.

Galva is a knight, a survivor of the brutal goblin wars, and handmaiden of the goddess of death. She is searching for her queen, missing since a distant northern city fell to giants.

Unsuccessful in his robbery and lucky to escape with his life, Kinch now finds his fate entangled with Galva’s. Common enemies and uncommon dangers force thief and knight on an epic journey where goblins hunger for human flesh, krakens hunt in dark waters, and honor is a luxury few can afford.

Christopher Buehlman is not a newbie writer, he is known and respected for his horror writing.

But The Blacktongue Thief is a new foray into Fantasy, and blimey what a way to make a debut into the genre.  Its a book that has seen a lot of chatter online both from other authors and fans, it was that hype that brought it to my attention and thanks to Gollancz I was lucky enough to score an advance copy.

The author has created a fantastic world to base his story, full of magic, danger, adventure and of course death. The plot centers around Kinch Na Shannack a thief (yes with a black tongue) he is a member of the Takers guild (basically the Mob… they have fingers in everything from stealing to magic to assassins and beyond), our unfortunate hero owes money to the Takers and that debt is inked on his face, its whist trying to raise money to pay this debt… (yes lying in wait to rob people) he becomes embroiled in a quest, full of danger and mystery and mischief….

The characters in this book are just excellent, Kinch is funny, irreverent and lives life on the edge of his mouth getting him killed. he has companions with martial prowess way beyond his own, magical skills and devices and a blind cat (again, read the book… im not spoiling it). There is a world strewn with left over war carnage, goblins, krakens, Giants and so much more… Not since i read my first John Gwynne have i been so excited by a new series.

I honestly don’t want to spoil a single moment of the book, suffice to day that Kinch will make you laugh out loud while he steals your heart. This is a huge contender for Fantasy Book of the year. 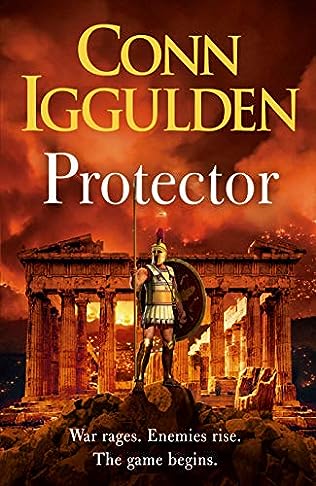 The Battle of Salamis: Persian King Xerxes stands over the smoking ruins of Athens, an army of slaves at his back. Come to destroy, once and for all, everything that the city stands for, he stares pitilessly at the hopelessly outnumbered Greeks.

Veteran soldier Themistocles cannot push the Persians back by force on land, and so he so does so by stealth, at sea. Over three long days, the greatest naval battle of the ancient world will unfold, a bloody war between the democracy of Athens and the tyranny of Persia.

The Battle of Plataea: Less than a year later, the Persians return to reconquer the Greeks. Tens of thousands of soldiers on both sides ready themselves for war. For the Spartans, Plataea is chance to avenge their defeat at Thermopylae.

For the people of Athens, threatened on all sides, nothing less than the survival of democracy is at stake. And once again Themistocles, the hero of Salamis, will risk everything—his honor, his friendships, even his life—to protect his country.

I Still can’t believe that last year I mildly criticized Conn and the Gates of Athens (book one in this series), but I’m very happy to say that this book puts (for me) that blip well in the rear view mirror, maybe its because I became more invested in the characters than I previously thought…. what ever the reason, Protector is brilliant, its a time period I know well and love through the writing of Christian Cameron, so much so I kept waiting for Arimnestos of Plataea to appear.

Protector takes the the story to the battle of Salamis and ultimately the Battle of Plataea, possible the most important Land and sea battles in the history of Europe, if the Persians had won, there would more than likely have been no Roman empire, changing the whole future landscape of Europe and beyond. At this turning point of history our main characters really do come to life Themistocles the wily old veteran and schemer, Xanthippus another veteran and strategos of Marathon whom was recalled from exile and Aristides “the Just” the ideal of Athenian integrity. Its these three strategos who must save Athens, who must devise a plan for victory, and its for them to keep the Spartans involved, because without the Spartan Army all is lost. In Sparta all is a little opaque, the death of Leonidas the battle king at Thermopylae has hit them hard, coupled with their insular society and no love lost between them and athens, a combined greek force is not a forgone conclusion.

Conn  Iggulden teases out the story in a hugely entertaining way, condensing time periods as needed, pulling in obscure facts and providing a story that no matter how many times i hear it, never fails to astound me how close to tragedy they became, and how heroic those men, women and children were to have endured and ultimately won against huge odds.

This is a stunning story told brilliantly, and we still have more to come when Cimon and Pericles come to the fore in book 3.