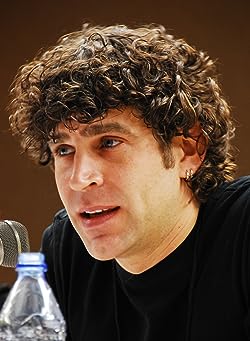 Marcus Sakey is the author of The Blade Itself, a thriller Publishers Weekly called “brilliant…a must read.” To prepare for the novel he shadowed homicide detectives, learned to pick a deadbolt in sixty seconds, and drank plenty of Jameson. Born in Flint, Michigan, he now lives in Chicago with his wife. 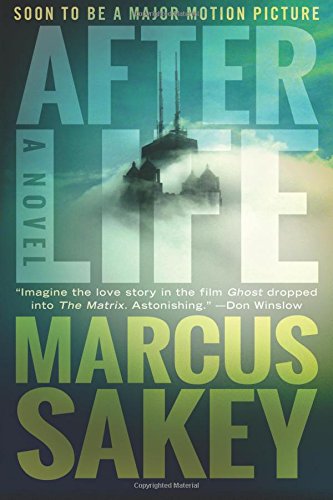 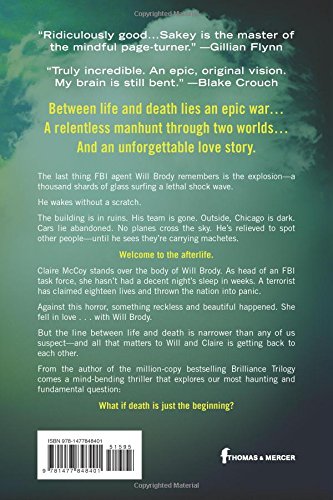 An instant Wall Street Journal bestseller. Soon to be a major motion picture from Imagine Entertainment and producers Ron Howard and Brian Grazer.

Between life and death lies an epic war, a relentless manhunt through two worlds… and an unforgettable love story.

The last thing FBI agent Will Brody remembers is the explosion – a thousand shards of glass surfing a lethal shock wave.

He wakes without a scratch.

The building is in ruins. His team is gone. Outside, Chicago is dark. Cars lie abandoned. No planes cross the sky. He’s relieved to spot other people – until he sees they’re carrying machetes.

Welcome to the afterlife.

Claire McCoy stands over the body of Will Brody. As head of an FBI task force, she hasn’t had a decent night’s sleep in weeks. A terrorist has claimed eighteen lives and thrown the nation into panic.

Against this horror, something reckless and beautiful happened. She fell in love… with Will Brody.

But the line between life and death is narrower than any of us suspect – and all that matters to Will and Claire is getting back to each other.

Ex Marine Will Brody , now Special Agent Brody is at the latest murder scene of a Spree-killing Sniper, his Boss and lover is Claire McCoy head of the FBI task force.

The author spends time building these two characters, making them and their relationship real and well formed, putting them in place to truly drive the plot forward. The more you believe in these two and their dialogue the more you can believe the plot, allowing the author then take the story into more and more normally implausible and strange places, to bend the plot across genres a touch of romance here, a dollop of supernatural, a spoonful of sci-fi and a whole load of thriller. The story abounds with tension, and suspense that will hook you in and pull you all the way to the end in a very short space of time. (prepare for a book that gets you thinking…. this is a mind bender of a book)

Its no wonder this is set to be a major Ron Howard motion picture.