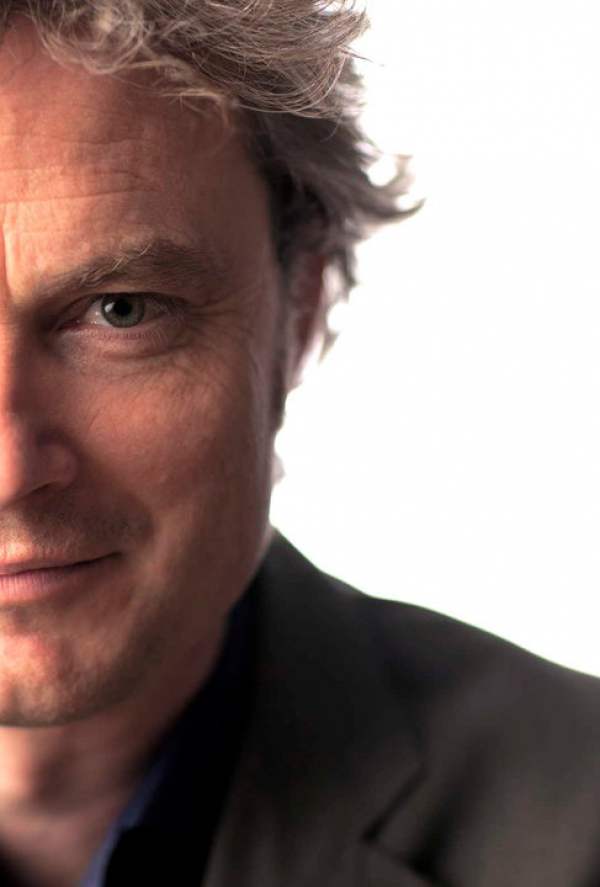 An introduction to me…

I’ve been hooked on thrillers ever since I picked up my dad’s dog-eared copy of Alistair MacLean’s ‘The Satan Bug’ and discovered there was more to life than Paddington Bear and Roald Dahl.  But the journey towards actually becoming a writer of such stories was a gradual one.

At first I wanted to be an actor, until a degree in English and Drama at Goldsmith’s College in London made me realise I really didn’t.  Actors told other people’s stories.  I wanted to tell my own.  So now I had a new dream.  I wanted to write screenplays and direct films.

To try and achieve this slightly ambitious goal I wrote and directed a few shorts and produced a couple of full-length screenplays that were designed to be my ticket to the big time.  To fund this work I also freelanced in television, starting as a runner in an editing facility in Soho making tea and toast for people, then gradually working my way up the production ladder.  My show-reel of self-produced, self-written, directed and edited films got me noticed and I suddenly found myself a director, aged 25.  The master plan was working.  Surely the step from TV director to feature film-helmer was just around the corner.

Fifteen years later and I’m staring down the barrel of forty.  I’m a fairly successful TV producer with a good track record, particularly as a scriptwriter, and a good job in a leading UK independent production company.  I’m married with two kids.  I’m not going to direct feature films.  But I still have the ambition to tell a big story.  But when am I going to find the time?

My eldest is about to start school and I know that once she does I’ll be locked in a cycle of school terms and holidays.  If I ever want to write something big – now is the time.  But not a screenplay.  A screenplay is just the beginning of something.  I need to write something that once written is a finished thing.  I also need to write something commercial.  I can’t afford to take time off from a well-paid career and turn my back on my responsibilities as a husband and father on some kind of self-indulgent creative whim.  We had enough savings for me to take a sabbatical.  After that the dream was over.

So, a couple of ideas in my head and the fear of failure lighting a huge fire beneath me, I quit my job and moved with my family to France for seven months with the intention of writing a commercial thriller.  We nearly didn’t make it at all.

Setting sail on the midnight ferry to Dieppe on Dec 1st 2007 a force eight gale battered the ship, destroying not only the entire contents of the duty free shop but also any hope we had of sleeping in our tin-box cabin.  Consequently we arrived in France, exhausted but relieved to be alive, with all plans of driving for eight hours to our new home flapping tattered in the wind.  We limped inland, to Rouen, where in the pre-dawn light, I saw the twisted spires of the cathedral rising up into the lightening sky, and a new idea started to form.

As it turned out I only managed to write a third of my novel during our time in France.  We returned, as planned, when the money ran out.

My little girl started school and I went back to work freelancing at the same TV production where I’d once held a nice, safe, staff job.  It took another year and a half of writing in the evenings and in between bouts of more paid TV work to finish the book, which ended up being called SANCTUS. To date it has been translated into 27 languages, published in over 50 countries, and was the biggest selling debut thriller of 2011 in the UK and an international bestseller – as were The Key and The Tower, the next two books in the Sanctus trilogy. In the summer of 2013 I signed a new five book deal for Solomon Creed, a new action-thriller series following a man with no past and no memories on an epic journey of redemption. He may even make his way to Rouen, or possibly Ruin. I haven’t decided yet. His past is unknown – his future, unwritten…

Solomon Creed  (2015) (A book in the Solomon Creed series)
WHO IS SOLOMON CREED? The first in an electrifying new high concept series from Sunday Times bestselling author of SANCTUS, Simon Toyne A plane crash in the Arizona desert. An explosion that sets the world on fire. A damning pact to hide an appalling secret. And one man bound to expose the truth. He is Solomon Creed. No one knows what he is capable of. Not even him. When Solomon Creed flees the burning wreckage of a plane in the Arizona desert, seconds before an explosion sets the world alight, he is acting on instinct alone. He has no memory of his past, and no idea what his future holds. Running towards a nearby town, one name fires in his mind – James Coronado. Somehow, Solomon knows he must save this man. But how do you save a man who is already dead?

I always find it interesting that i enjoy Simon Toynes thrillers so much, his books are not my normal go to thriller type. This latest book is no exception, If i had to make a comparison it would be to say that it felt like a cross between Lee Childs Jack Reacher and Stephen Kings Colorado Kid.  Solomon Creed has all the power and presence of the action hero but the mysterious nature and slightly supernatural element of The Colorado Kid. I’m personally not a fan of either of those authors, yet this book works, it works really really well, i galloped through this book at breakneck speed.

Solomon Creed is introduced to us walking out of an inferno with no memory of who he is or why he is there. This book follows that search for self and purpose, but mixed in with it are multiple plots of dirty cops, drug cartels, town politics, murder, grief and the history of the town of redemption. Because Simon Toyne is not satisfied with all these twists and turns and differing perspectives he also needs to add an element of timeslip to bring in the creation of the Town of Redemption, all intrinsically tied up in the present of the town. You would be forgiven for thinking that this would make the plot complicated and open to confusion, but Simon Toyne has such an open flowing style, couple this with his very real and excellently imagined world and people, that you are drawn into the town and become part of the story.

My personal favorite part of the concept is the total blank slate of Solomon Creed set against the roiling pain and anger that is encapsulated in the leader of the Drug Cartel, then the whole plot being brought forth in what is essential a wild west town that has never really shaken off its frontier town conception.

The whole tale is an absolute thrilling success, and a mind blowing set of twists and turns from fist page to last, certainly a contender for thriller of the year.