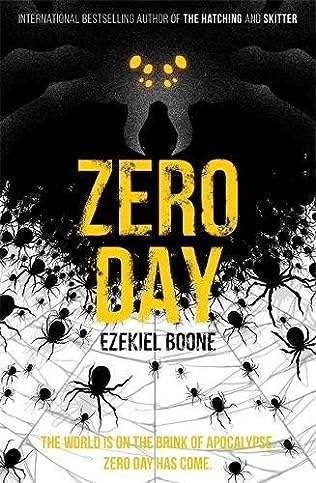 The world is on the brink of apocalypse. Zero Day has come. The only thing more terrifying than millions of spiders is the realisation that those spiders work as one. But among the government, there is dissent: do we try to kill all of the spiders, or do we gamble on Professor Guyer’s theory that we need to kill only the queens?

For President Stephanie Pilgrim, it’s an easy answer. She’s gone as far as she can – more than two dozen American cities hit with tactical nukes, the country torn asunder – and the only answer is to believe in Professor Guyer.

Unfortunately, Ben Broussard and the military men who follow him don’t agree, and Pilgrim, Guyer, and the loyal members of the government have to flee, leaving the question: what’s more dangerous, the spiders or ourselves?

From book one this series has been amazing fun, scary as hell and written like a fast paced action/ horror film. When i first read The Hatching i thought wow this is new and exciting, book 2 Skitter… no way he could keep it up, yet he did. Would it be possible to round out the series in style?

Yes absolutely it would!

Ezekiel Boone pulls his plot threads together, we have Spiders on pause, when will they rise again? why have they paused? The US military falling out with the president and trying to pull off a military coup, a scientist trying to find the root of the problem and inventors trying to put practical solutions in place. Wrapped in with the larger global scene plot the author keeps it on a local level with snippets of the average Joe, the impacts on all participants across the country, interlinking all the people, the shared tragedy, the points where lives intersect giving a more intimate human feel to the book rather than just a global disaster.

This has major motion film  written all over it, done with a classic B movie style i would be first in the line to watch it.

I highly recommend this book and this series, high entertainment, fast action, and enough spiders to make the bravest person scream. 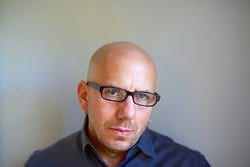 lives in the United States with his family and has an entirely healthy respect for spiders everywhere.
Author Web Site 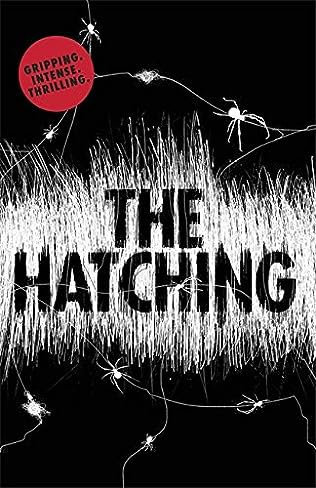 The Chinese government ‘accidentally’ drops a nuclear bomb in an isolated region of its own country. And all of these events are connected. As panic begins to sweep the globe, a mysterious package from South America arrives at Melanie Guyer’s Washington laboratory. The unusual egg inside begins to crack. Something is spreading….

The world is on the brink of an apocalyptic disaster. A virulent ancient species, long dormant, is now very much awake. But this is only the beginning of our end….

Review:
Horror…. another genre i don’t normally venture into, although i’m not sure i would class this as horror. but there isn’t a genre called creepy crawler thrillers.
So once again i’m stretching the boundaries of my reading horizons, but why this one? I’m not really sure, the cover was eye catching, and i’m a sucker for a good cover.
Then there has been an excellent social media campaign from Gollancz and the author, building that desire to read, the anticipation.
The book its self, is an excellently written, highly engaging thriller, with all the ingredients of an apocalyptic type thriller. A steady build and delivery, introduction of key characters, by an ever brooding “who is going to die next”. There is a worry that certain characters may as the series (trilogy?) progresses, survive anything, which would be a shame, i think an anyone is fair game approach would be best (fingers crossed) and adds a higher level of reality.
The book and the series has major motion picture written all over it (them), sweeping panoramic scenes, major landmarks and billions or spiders, high tension and gore galore.
I have spent every day whilst reading the book and since, slapping at imaginary spiders,  not one of the little blighters has been humanely removed from the house and i itch just thinking about the book. …. i loved it, i love that a book can cause such a reaction.
highly recommended
(Parm)
Novels
The Hatching (2016)
Skitter (2017)