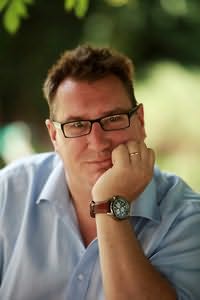 Angus Macallan is a pseudonym for Angus Donald, a British fiction writer and former journalist who is now based just outside London. He was born in China and lived, worked, and studied in Asia for much of his early adult life. He was awarded a masters degree with honors in social anthropology by the University of Edinburgh, partly based on his fieldwork in Indonesia, which led to a dissertation: “Magic, Sorcery and Society.” He also worked as a journalist in Hong Kong, India, Pakistan, and Afghanistan. 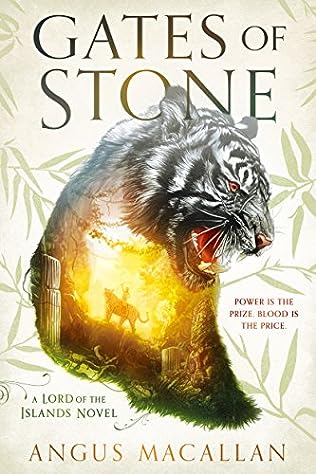 In a world of blood and magic, a powerful epic fantasy begins…

AN EMPEROR’S DAUGHTER WHO WILL NOT BE DENIED
Just before her sixteenth birthday, Princess Katerina is refused her rightful place as heir to the Empire of the Ice-Bear – solely because of her sex. Determined to regain her inheritance, she murders the foreign lord she’s been ordered to marry and embarks on a perilous voyage to the lush, tropical islands of the Laut Besar in search of the vast wealth and power she needs to claim the Empire for herself.

A PRINCE FORCED TO TAKE A STAND
On a small island kingdom, Prince Arjun’s idyllic life is shattered when a malignant sorcerer invades, slaughters his people and steals the sacred sword of Jun’s ancestors. With his royal father dead and his palace in ruins, Jun reluctantly tracks the sorcerer and the magical blade far across the pirate-infested waters of the Laut Besar.

A SORCERER SEEKING TO DESTROY THE WORLD
Long ago the powerful relics known as the Seven Keys were used to safely lock away the terrifying evils of the Seven Hells. With Jun’s ancient sword in his grasp, the sorcerer Mangku has claimed the first Key, and begun his mission to unleash catastrophe upon the land.

As the destinies of these three entwine in the lawless islands of the Laut Besar, the fate of humanity hangs in the balance. For if the sorcerer cannot be stopped, the world itself will be unmade…

I’m a fan of Angus Donalds historical fiction books and have been since i got my hands on Outlaw (blimey 10 years ago),  i used to worry when writers jumped genres, but these days there are many authors who are making that Jump from historical Fiction into Fantasy, and it makes sense because for years i have thought that the two genres are very closely linked. History is so much guess work when it comes to motives, intent and fine detail, yes there are huge amounts of research in there, but as soon as you remove from the historical text, well its basically fantasy. Life isn’t any easier for the fantasy writer, much of what they do is still based on weapons facts and tactics etc… and then add in they have to invent, not research, invent magic systems, landscape, culture, people names, language and so much more…. i’m  not sure which is the harder discipline… anyway i digress.

Gates of Stone, epic in scale and epic in scope and utterly original. Angus has written a story that eases us away from the usual western world based style of fantasy, taking us east to a very Asian inspired set of societies. Gates of stone as a book one doesn’t suffer from book one world building speed/ info dumps, because the author eases us into the world, and spends his time on the characters, the landscape and the politics is woven into the individual characters from the multi POV writing. All meaning that we get a story that engages from the start and hooks you into the clearly defined good and bad for the ultimate story arc, within that the good and bad guys are more transitory, its politics and is there ever really a good guy/gal? or just ambition and blood.

I was totally entranced by the world and people created in this book, i slowed my reading to savour every chapter, to really engage with the characters, and it left me wanting to really recommend this book, both to all Fantasy fans, but also Historical fiction, because the roots of that writing is still evident in the book. I’m hugely impressed by this foray into fantasy and cannot wait for book 2.