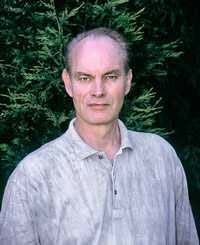 David Andrew Gemmell was a bestselling British author of heroic fantasy. A former journalist and newspaper editor, Gemmell had his first work of fiction published in 1984. He went on to write over thirty novels. Best known for his debut, Legend, Gemmell’s works display violence, yet also explores themes in honour, loyalty and redemption. With over one million copies sold, his work continues to sell worldwide.

(Pre order link at the bottoms, 18th May release date) 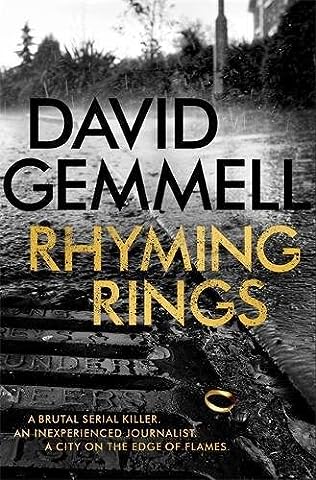 Rhyming Rings is a never-before-seen Gemmell novel, discovered in his papers by his widow, Stella Gemmell. Merging autobiographical details of Gemmell’s life as a journalist in South London with a serial killer and a tinge of the supernatural, this is perfect for fans of David’s work, as well as readers of gritty crime novels. Set against the backdrop of a London simmering with poverty, change and racial tension, this taut thriller is a fitting legacy for the great writer.

An ambidextrous killer is murdering women, leaving virtually no evidence behind, and struggling journalist Jeremy Miller wishes he was covering the case. Instead, he’s stuck with heart-warming local stories about paraplegic teenagers and elderly psychic ladies.

So when his stories and the murder case start to converge no one is more surprised than Jeremy.

Or, it turns out, more at risk.

Reading this book has been a journey for me, I knew after so long reading a new David Gemmell would be an emotive experience and i tried to take my time with the book and truly read it and let it take me on its intended journey, right through to the afterword which brought tears to my eyes and I only knew the Big man a little, yet his kindness touched me as much as his words always inspired me, his simple encouragement to a new bookseller and reviewer had a profound impact on me.

I think i needed this book, its very easy to become a little jaded in reviewing, so many books and a to be read pile that grows every year and if you are lucky an audience who expects more and more books to be reviewed, only then it takes away the simplistic joy of reading for yourself. When David Gemmell passed away i never wanted to be in a place where there was no new Gemmell on the horizon, that perfection of writing to come, so the final book of the Troy series always sat there on the shelf unread but after this book I think I can finally finish reading the Troy series … silly as it sounds I never wanted to let go that last book, but the words should be read and lived and loved., and finishing this book has left me refreshed and ready for more worlds and time periods, and most of all its reminded me to take time out and go back and read the books i love.

Rhyming Rings is truly such a simple and powerful book and yet takes me back to why I love reading … and the simple answer is David Gemmell .. that’s where my love of reading , my real passion to constantly seek out the next book came from and how can you ever repay that. Stan Nichols and Conn Igguldens words helped remind me of the person behind the words, in many ways this book reminds me of White knight Black Swan, that simple honest yet impacting story… he still stuns me with his writing now, so honest and real.

I don’t want to delve too much into the plot, the blurb tells you pretty much all you need to know, the book is as much a journey of self awareness as it is a crime drama, but done in that unique subtle Gemmell style, there is I feel a little Jeremy Miller in us all, that wanting to belong yet feeling outside the group, the degrees of self doubt and angst and the inexperience of youth not knowing when to shut up and listen. The use of the polar opposites in Mr Sutcliffe and Ethel offer that counter point of experience and understanding, that stillness and reflection or maturity.  All of this is wrapped around a very cleverly put together crime drama, set in 80’s London, and while the book may be set in the 80’s it does not feel dated, it reminds me a bit of life on Mars in that it feels fresh and right, it feels like the author lived through those times and is just now retelling them, its a story that has not dated at all.

For me i think this is a book to be experienced as much as read, but i acknowledge my fan status and love of the mans work, please do try this, see the style and quality, and if you have never picked up his other work i hope this leads you into the worlds of David Gemmell, because they are a true joy to read.