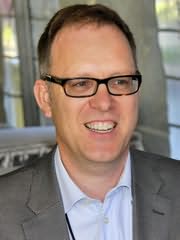 Garth Nix was born in 1963 in Melbourne, Australia, to the sound of the Salvation Army band outside playing ‘Hail the Conquering Hero Comes’ or possibly ‘Roll Out the Barrel’. Garth left Melbourne at an early age for Canberra (the federal capital) and stayed there till he was nineteen, when he left to drive around the UK in a beat-up Austin with a trunk full of books and a Silver-Reed typewriter.

Despite a wheel literally falling off the Austin, Garth survived to return to Australia and study at the University of Canberra. After finishing his degree in 1986 he worked in a bookshop, then as a book publicist, a publisher’s sales representative, and editor. Along the way he was also a part-time soldier in the Australian Army Reserve, serving in an Assault Pioneer platoon for four years. Garth left publishing to work as a public relations and marketing consultant from 1994-1997, till he became a full-time writer in 1998. He did that for a year before becoming a part-time literary agent in 1999. In January 2002 Garth went back to writing full time again, despite his belief that full-time writing explains the strange behaviour of many authors.

Garth currently lives in a beach suburb of Sydney, with his wife Anna, a publisher. 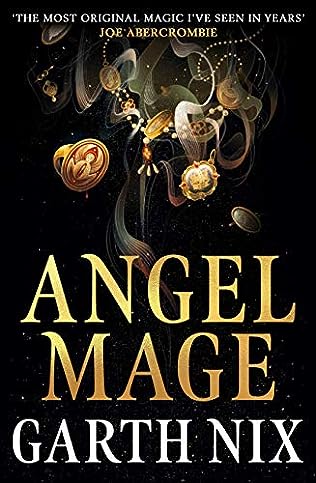 More than a century has passed since Liliath crept into the empty sarcophagus of Saint Marguerite, fleeing the Fall of Ystara. But she emerges from her magical sleep still beautiful, looking no more than 19, and once again renews her single-minded quest to be united with her lover, Palleniel, the archangel of Ystara.

It’s a seemingly impossible quest, but Liliath is one of the greatest practitioners of angelic magic to have ever lived, summoning angels and forcing them to do her bidding. Four young people hold her interest: Simeon, a studious doctor-in-training; Henri, a dedicated fortune hunter; Agnez, a glory-seeking musketeer; and Dorotea, icon-maker and scholar of angelic magic.

The four feel a strange kinship from the moment they meet but do not suspect their importance. And none of them know just how Liliath plans to use them, as mere pawns in her plan, no matter the cost to everyone else….

I have to admit to never having read Garth Nix before, so i wasn’t sure what to expect, what i did know was that Christian Cameron recommended his writing (which is a good indicator) so i got stuck into Angel Mage..

I had my doubts about this book, to begin with while i was impressed with the scope of the magic system and the world, i felt that the info dumps to bring the reader up to speed over shadowed the characters, i didn’t gain any warmth for them, i wasn’t invested in them, not until the 4 main characters started to coalesce together, then they started to come alive, and the story blossomed.

As a whole its a good slid story, a clever magic system , but i didn’t love it… I felt the good story and good characters were marred by complexity…info drops. That said, im saying this in comparison to some really great books….im glad i read it… and i would read more set in this world, i think the foundations have been built for some truly excellent stories….especially the musketeers…who doesn’t love a musketeer tale!!