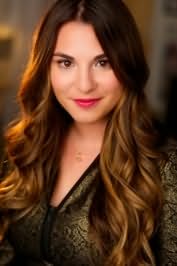 Victoria Aveyard  is a screenwriter/YA author who likes books and lists. 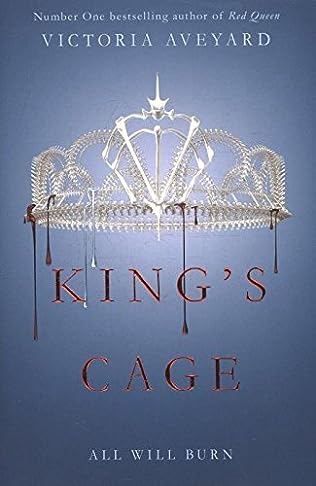 In this breathless third installment of Victoria Aveyard’s best-selling Red Queen series, allegiances are tested on every side. And when the Lightning Girl’s spark is gone, who will light the way for the rebellion?

Mare Barrow is a prisoner, powerless without her lightning, tormented by her lethal mistakes. She lives at the mercy of a boy she once loved, a boy made of lies and betrayal. Now a king, Maven Calore continues weaving his dead mother’s web in an attempt to maintain control over his country – and his prisoner.

As Mare bears the weight of Silent Stone in the palace, her once-ragtag band of newbloods and Reds continue organizing, training, and expanding. They prepare for war, no longer able to linger in the shadows. And Cal, the exiled prince with his own claim on Mare’s heart, will stop at nothing to bring her back.

When blood turns on blood and ability on ability, there may be no one left to put out the fire – leaving Norta as Mare knows it to burn all the way down.

This series has surprised me since book one Red Queen, This is a dystopian style world, where society is 2 tiered and the elites are not the nicest people…. only even the elites have tiers within tiers, being a red is to be down trodden, but is being a silver better? Silvers have powers, but now so do some of the Reds and these are powers that require work  and te Red population of down trodden people are much more used to that than Silvers. All of this is a cauldron boiling toward ruin and has been all series long.

Kings Cage brings much of the animosity to its head, schisms appear sight through the silver community, civil war looms. This series and this book is forever full of surprises, action, miss direction, real depth of sub plot and characters that will dominate the book and your thoughts while reading it. Most of all as a granddad of a very strong willed young lady i love the strong female characters in this book, i love the way they drive the book and the plot and have real key pivotal roles in the book, not relegated to gender stereotypes. I will be happy to let her get her hands on this at some point.

This series blows away most of the YA dystopian series i have read in recent years, and i highly recommend it.

Mare Barrow’s world is divided by blood – those with common, Red blood serve the Silver-blooded elite, who are gifted with superhuman abilities. Mare is a Red, scraping by as a thief in a poor, rural village, until a twist of fate throws her in front of the Silver court. There, before the king, princes, and all the nobles, she discovers she has an ability of her own.

To cover up this impossibility, the king forces her to play the role of a lost Silver princess, and betroths her to one of his own sons. As Mare is drawn further into the Silver world, she risks everything and uses her new position to help the Scarlet Guard – a growing Red rebellion – even as her heart tugs her in an impossible direction. One wrong move can lead to her death, but in the dangerous game she plays the only certainty is betrayal.

This sweeping story of palace intrigue, class hierarchy, and deception will keep readers hurtling along, desperate to find out Mare’s fate. Her honesty and determination, quick wit, and no-holds-barred attitude will surely make readers fall in love with her.

Mare’s blood is red – the colour of common folk – but her Silver ability, the power to control lightning, has turned her into a weapon that the royal court tries to control.

The crown calls her an impossibility, a fake, but as she makes her escape from the prince and friend who betrayed her, Mare uncovers something startling: she is not the only one of her kind.

Pursued by the Silver king, Mare sets out to find and recruit other Red and Silver fighters to join in the struggle against her oppressors.

But Mare finds herself on a deadly path, at risk of becoming exactly the kind of monster she is trying to defeat. Will she shatter under the weight of the lives that are the cost of rebellion? Or have treachery and betrayal hardened her forever?

Review(s)
This series intrigued me as do quite a few of the YA dystopian series, the concept of a servile race subjugated by one with greater abilities. The concept was very reminiscent of the recent series by  https://parmenionbooks.wordpress.com/2014/02/03/pierce-brown-red-rising-review/ .
Victoria Aveyard writes to excite in a very visual dramatic style, this series different from the explosive style of Pierce Brown is measured and for me seems driven around the dropping in of dramatic lines and cliff hanger moments as you would expect from a screenwriter. But it works, the cliff hanging moments drag you from chapter to chapter hunting for meaning to the reds and Mare’s existence and her blood mutation, fighting for salvation.
The Reds are caught up in a world owned by the 1%, very reminiscent of the real world, just with death and enhanced abilities rather than corporate greed, ultimately its all about power. This tale of power and destruction is told in a very personal emotive fashion, the havoc that the twisting world of power and decision making has on Mare is played out across the pages in every agonized decision, the torture between the personal  and the group
objective. Will she ever have a life, can she ever love? She has been tortured on a very emotional and physical level, can anyone come back from that?
As a reader of this type of dystopian series i have to say this is a great concept, yet i hope to see it more fully realised, there is so much spotlight on the people it lacks world building, the mentions of the other nations is too vague and unformed, this may be a device to allow the author freedom to move and expand her world as the writing flows, but for me makes the political landscape too vague.
Don’t let that put you off,this is a series with a huge amount of promise, and already delivers so much. Having read the first two books back to back its very easy to become engrossed in this world and the powers of its inhabitants. I’m very much looking forward to where this series goes next, its gone down a dark rabbit hole…. there may be some light, but its for the author to show the way.
(Parm)
Series
Red Queen
0.5. Queen Song (2015)
1. Red Queen (2014)
1.5. Cruel Crown (2016)
1.5. Steel Scars (2016)
2. Glass Sword (2016)
Red Queen 2-Book Collection (omnibus) (2016)