Born in London in 1962. Educated at Cheam School, Wellington College, Bristol University, King’s College London, the London College of Law, and the Inns of Court School of Law. Called to the Bar and is a Member of the Inner Temple. 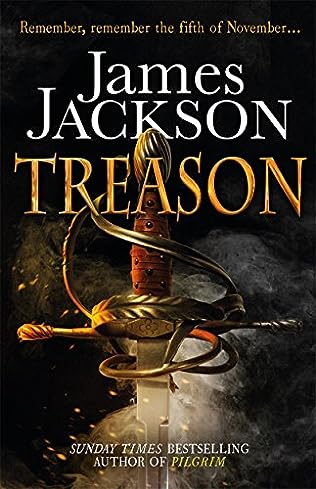 Behind the famous rhyme lies a murderous conspiracy that goes far beyond Guy Fawkes and his ill-fated Gunpowder Plot . . .

In a desperate race against time, spy Christian Hardy must uncover a web of deceit that runs from the cock-fighting pits of Shoe Lane, to the tunnels beneath a bear-baiting arena in Southwark, and from the bad lands of Clerkenwell to a brutal firefight in The Globe theatre.

But of the forces ranged against Hardy, all pale beside the renegade Spanish agent codenamed Realm.

This is an excellent, hard and uncompromising novel, Taking the reader through the dark murky world of espionage in England in the early 1600’s. The brutality of the clash of protestant and catholic worlds, all narrowed down to a single plot, an attempted act of terrorism that still resounds through the country today such was its audacity.

James Jackson takes very little mercy on the reader, providing a view of London and wider England in all its filth, muck and mire, with betrayals, backstabbing, murder and mayhem. This is not a gentle time in this lands history and it is right it should be shown warts and all. When the author couples that with a twisting winding plot and disparate hunters many of which controlled by the spider at the center of the web of intrigue Robert Cecil you get a book that grabs you and doesn’t let go until the final page.