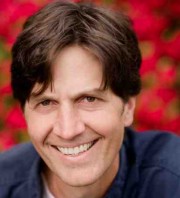 Noble Smith is an award-winning playwright and documentary film executive producer as well as a 16-year veteran of the interactive entertainment industry as a narrative designer. He is the author of The Wisdom of the Shire, a guide to life for fans of J.R.R. Tolkien (translated into 8 languages), praised by Kirkus Reviews as a “must-have” for fans of Middle-earth. He lives in the Pacific Northwest with his wife and children.

Book Description (Spartan at the gates) 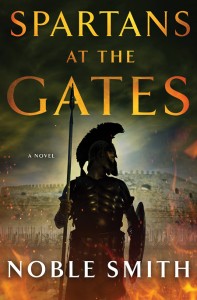 The Peloponnesian War has begun. An army of merciless Spartan invaders have arrived at the gates of Plataea, bent on obliterating the city and its inhabitants. Plataea’s oldest allies, the Athenians, are spread too thin in their own campaigns to send help. Cut off and alone, the Plataeans dig in behind their high walls for the coming siege, while the ruthless Spartans gather outside.

On a rugged mountain road a young Plataean warrior named Nikias rides to Athens on an urgent quest. He carries with him a bag of ill-gotten gold, hoping to raise an army of mercenaries to help defend his city from the coming Spartan assault. But in the sprawling stronghold of Athens, Nikias encounters perils that prove to be more dangerous than those he has faced on the battlefield.
Noble Smith’s Spartans at the Gates is a thrilling action-adventure novel set during the war between the great powers of Ancient Greece.

I first discovered Noble last year when i stumbled across Sons of Zeus, The concept was the bit that intrigued me despite the cover being another unfortunate US cover (sorry guys, but US publishers have an amazing skill for awful covers, Spartans at the Gates isn’t really an improvement…sorry Noble). In the last five years plus I have developed a real passion for books set in ancient Greece, something driven mainly by the awesome writing of Christian Cameron. Couple that with Nobles setting of Plataea again a location at the heart of Christians writing and I was hooked in to read book one and give it a go. What i didn’t expect was excellent pace and plotting of the book and its characters. My review of Sons of Zeus is Here

When I know Spartan at the Gates was ready in advance copy I was front and centre begging the author for a copy. I hadn’t enjoyed a book this much in this time period since Christian Cameron’s works first hooked me in. (and that really is my highest compliment). The worry of a great first book is “can the author repeat it?”

In the case of Spartan the answer is yes with a tiny quibble. The fantastic setting is there, the descriptive is there, the research is impeccable, the characters are once again sublime. Noble imbues Nikias and all his family and friends with a real passion, the protagonists are all complex bad guys, giving an amazing keep you guessing plot, who will pop up where, what are the real motives? Introduce the multitude of whisperers (spies) from all sides and factions and you don’t know what will happen next.  This book has Nikias thrown from one set of issues and adversity to another, testing his stamina and metal to the limit, We also fill in more of the blanks on Chusor the mysterious Smith and will Nikias young friend Kolax finally find his father, and how many people will this whirling devil of a Scythian boy kill on his journey to find him. The whole book flew by, it was over before I felt I had really got to the meat of it, and I think that was my only regret with the read, it felt like a bridging book, moving pieces on the chess board and shifting them into position for the final book in the series, its done so well that on the Amazon scale I would still give this 5/5 stars, but on a personal note I felt that bridging and plot building too keenly in its ending, that could just be a great compliment that i never wanted it to end? but in a world of hefty tomes, i felt this could have benefitted from another 100 pages of meat.

Non fiction
The Wisdom of the Shire: A Short Guide to a Long and Happy Life (2012) 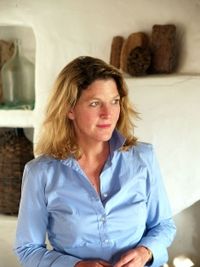 Joan Breton Connelly is Professor of Classics at New York University.She has held visiting fellowships at All Souls and New College, Oxford, at Harvard University and at Princeton. She is the author of Portrait of a Priestess: Women and Ritual in Ancient Greece. 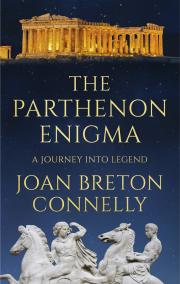 A radical new interpretation of the meaning and purposes of one of the world’s most iconic buildings.

For more than two millennia, the Parthenon has been revered as the symbol of Western culture and its highest ideals. It was understood to honour the city-state’s patron deity, Athena, and its sculptures to depict a civic celebration in the birthplace of democracy.

But through a close reading of a lost play by Euripides, Joan Connelly has developed a theory that has sparked fierce controversy. Here she explains that our most basic sense of the Parthenon and the culture that built it may have been crucially mistaken. Re-creating the ancient structure, and using a breathtaking range of textual and visual evidence, she uncovers a monument glorifying human sacrifice set in a world of cult ritual quite alien to our understanding of the word ‘Athenian’.

Review
I don’t often step outside my comfort zone of fiction, but every now and again there is something that is just too tempting to resist.
Thanks to the fantastic fictional author Christian Cameron i have developed a passion for things set in ancient Greece, i strive to learn and know more, but often struggle for time.
What this means is that i can enjoy the history of something like The Parthenon Enigma and how it explores something new as a concept, but not because its a new concept, just for the history, i don’t know enough about the Parthenon to know the old and extrapolate the new ground.
What i can say is that for anyone who loves history, be they serious historians or interested travelers in time like me, this book is a great read. For non fiction that i normally peruse through over a period of months, this book sped by in a matter of days. Maybe that’s the love of Greek culture and maybe its the style and content of the book, it is for the individual reader to decide.
What i can say is that this book stands out from the pack, both in cover and content and is well worth the time and money to read.
(Parm)