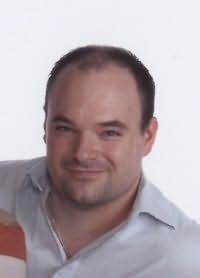 Michael lives in Hampshire with his wife and young son. His childhood holidays were spent visiting castles and battlefields, but his fascination with the civil wars was piqued partly by the fact that his hometown and region of Hampshire are steeped in Civil War history.

Autumn,1643. As an increasingly bitter war rages across England, Captain Innocent Stryker leaves Oxford with orders to recover a lost treasure, vital to the success of the Royalist cause. But a seemingly simple mission to the remote Scilly Isles is soon jeopardised, for enemies lie in wait. A formidable Parliamentarian agent has been sent ahead of Stryker’s force, intent on defeating Royalist plans. Feared by ally and enemy alike, he is a man whose determination is only matched by his hatred for Stryker.

The quest for the gold takes Stryker across storm-ravaged seas, through enemy territory and finally to the Royalist stronghold of Basing House. And it is there that Stryker will face his most dangerous challenge yet.

Reading Innocent Stryker is always a pleasure, I’m not even going to try and lead up to is this book any good, It is, its Bloody good. I had one more day left on my holiday, i got up took the little one to nursery, came home made a cuppa and sat in my sunny conservatory. The next eight hours were a trip back in time, a dark revenge fueled mission for a man from Strykers past. Can Stryker survive the violent world of Civil War England? will his past catch up and kill him? will his weaknesses and hidden compassion’s cause his ruination.

From dark Scilly isles shrouded in storm and misery, through to the wild rides and action of Basing House, a story jammed with every type of action and emotion, the book is a truly exhausting roller-coaster of emotion and action.

There are very few authors and subjects I can read for 464 pages and Michael Arnold is very much one of them, When you get an writer with the skill and ability to blend sublime and realistic characterization with superbly researched plot and that fictional flair to make the story race along and fire the imagination, that’s when you have a winner and a book and writer that not only should be on the best seller list, but very much has earned the right to be there.

This book as you might have guessed will be competing come December for the Parmenionbooks book of the year, what ever happens its easily going to be Top 5.

I don’t think i need to say anything else, because if you’re not convinced to buy this by now you never will be… go buy it and read for your self.