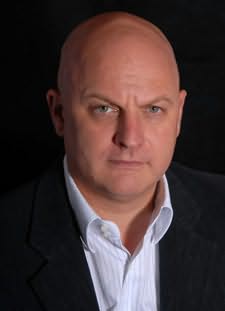 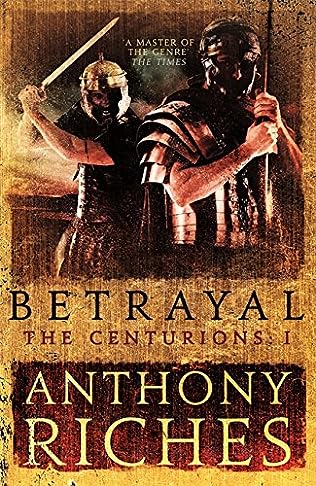 Robert Fabbri was born in Geneva in 1961. He was educated at Christ’s Hospital School, Horsham and London University. He worked for twenty-five years as an assistant director in the film and television industries.

Having had his fair share of long, cold nights standing in the rain in muddy fields and unbearably hot days in deserts or stuffy sound stages he decided to start writing.

Being a life-long ancient war-gamer with a collection of over 3,500 hand-painted 25mm lead soldiers and a lover of Roman Historical Fiction the subject matter was obvious. 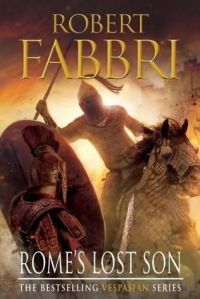 Claudius is a drunken fool and Narcissus and Pallas, his freedmen, are battling for control of his throne. Separately, they decide to send Vespasian East to Armenia to defend Rome’s interests. But there is more at stake than protecting a client kingdom. Rumours abound that Agrippina is involved in a plot to destabilise the East. Vespasian must find a way to serve two masters – Narcissus is determined to ruin Agrippina, Pallas to save her.

Meanwhile, the East is in turmoil. A new Jewish cult is flourishing and its adherents refuse to swear loyalty to the Emperor. In Armenia, Vespasian is captured. Immured in the oldest city on earth, how can he escape? And is a Rome ruled by a woman who despises Vespasian any safer than a prison cell?

Somehow i missed reviewing and reading Vespasian 5 Masters of Rome, so when Rome’s Lost Son arrived i made the decision to re-read the entire series. I’m so glad i did, not only did it allow me to totally immerse myself in Robert Fabbri’s version of Vespasian s Rome, it also allowed me to watch the masterful and methodical way that Robert Fabbri grows his characters, melding the facts we have with the fiction that could have been. Giving a potential insight into the mid of the future emperor.

Master of Rome sees a huge leap in Vespasian’s thinking, where he learns to put his morality to one side in favour of finding preferment for his family, to put them in a safer position, to enrich them. He basically reaches the point of if you cant beat them join them… then plan to beat them. Each book bring the history of those that have gone before, the things that have been learned, in the same way a person would become the collective sum of their parts. Masters dispelled any thoughts Vespasian might have had about gods not impinging on his world and life. Making him take notice of the story of his auspicious birth. it brought Caratacus to Rome, someone i feel who will be important in book VII.

Rome’s Lost Son sees a change in power, political machinations on a massive scale, a new emperor and Vespasian taken to hell and back, The stage is laid further for the year of the four emperors, there is a lot of ground still to cover, and surviving Nero will be no mean feat, but this series has some splendid tales ahead..  I think both books V & VI are stunning stand out Historical and Political Thrillers, made more so by reading the series back to back.

Highly recommend reading both Masters of Rome and Rome’s Lost Son..and if you have not read the series, the books are listed below… read them, you will love them