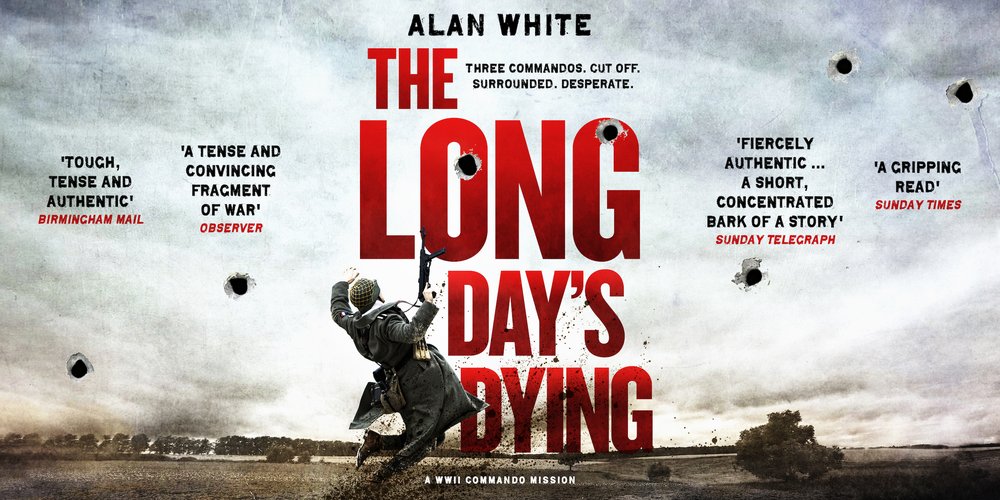 Adapted for the screen by Peter Collinson in 1968, winner of the Golden Shell at the San Sebastián International Film Festival.

They were three soldiers, on watch in the French countryside, their base a disused barn. Three ordinary men seconded into the horrors of World War II, each with his own ideals, his own feelings, his own fears.

Their task was a nightmare of waiting. German forces were stationed over the brow of a hill, and every moment of every day passed in nerve-shattering anticipation of their first clash. When the clash finally came, it was not merely a battle of force and brutality but a complex and murderous struggle between the cunning and ruthlessness of both sides…

Originally released in 1962 this is a view of WW2 not usually seen, there are many fictional books out there about fighting and war, there are lots of books now written by ex SAS soldiers giving a realism to their tales. This book from Alan White is what feels a very personal and harrowing account of an ordinary day in the life of a special forces soldier, when special forces like the SAS were still new.

I cant say what i expected from this book, it had been billed as a WW2 tale from the perspective of a man who was there, the reading however provided so much more. This is the tale of 4 men, 3 Allied commandos, and one German special forces soldier. We see this through the perspective of one man, the authors own. The day to day tasks and boredom, the day to day anxieties, the imposter syndrome of being trained but not knowing if your training equates to true skill and the camaraderie created between men thrown into conflict together, how they would risk all even for someone they find annoying, they are a comrade, and they would die for each other without a thought.

I found this book a slow burn, but also deeply personal and thought provoking. When i was working in a bank quite a few years ago i met an elderly gentleman who was quiet, withdrawn and in need of help with his accounts, and very soon after showing him some help and kindness i got to know him and his wife, and as time progressed and i visited to see how they were doing, he told me about his past as one of the early members  of the LRDG (Long Range Desert Group) the forerunner of the SAS in WW2, occasionally we would sit and enjoy a drink and he would tell me small tales about the war, and i could see the loss and pain in his eyes when we talked of those days and the friends he had lost, but also a huge inner strength and resolution that he had done his bit. This book reminded me of those chats, that personal outpouring of what was normality to them and so amazingly heroic and scary for us today.

Its a great book to read and i recommend it, i’m looking forward to reading more of his work