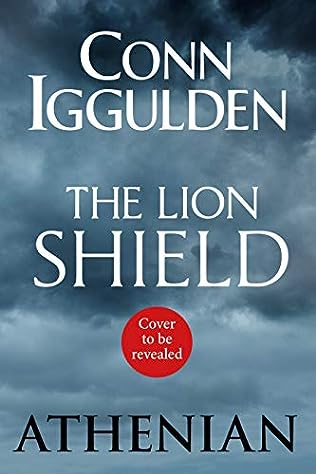 The momentous struggle between Athens and Sparta as rival powers and political systems will last for twenty-seven years (431 to 404 BC).

It will end in the fall of a dynasty.

Filled with cunning political scheming and astonishing military prowess, invasions and treacheries, plagues and slaughters, passion and power, Conn Iggulden brings to life one of the most thrilling chapters of the ancient world.

As always with Conn Iggulden he has produced a great book set against an epic backdrop of history, he has populated it with big names from history and set the scene for action and adventure in spades and he pulls it off as usual with a casual ease, and the pages fly by while you read and get drawn back in time.

But…. and this is a big but for me as i don’t think i’ve every criticized anything he has written before (and this is purely personal my feeling , not the writing), the main protagonists for me didn’t come alive. This is usually the authors bread and butter and something that he achieves with ease. Now this may be me and my own fault as a reader because i have read some truly astounding books in this period, and while i was reading this i was also reading the latest daily doses of Arimnestos by Chrstian Cameron as part of Authors without borders where i have grown with that character from his youth over 7 books . I also think that with Conn i have come to expect the characters to also grow from a youth into the great warriors/ Statesmen that he is well known and loved for writing, in this book those people are already leaders, so there felt like no emotional tie to them, that bond that is created, wasnt….I have high hopes that this will resolve in book 2 as we have followed the growth of Cimon and touched on Pericles as a youth as well.

That said thats my (very) person gripe, the book is still an astounding story, from Marathon through to the sacking of Athens its a truly amazing period of history with so much going on and so many heroic names that you can fail to be stunned by the momentous events and people, i know it will sit proudly in my book collection and i look forward to the next in this new series.